Actor Angira Dhar of "Love Per Square Foot" fame has been roped in for Ajay Devgn's next directorial venture "Mayday".

Academy Award-winning music composer AR Rahman on Monday was announced as the ambassador for the British Academy of Film and...

Anthony Mackie to star in and produce action thriller 'The Ogun'

Marvel star Anthony Mackie has found his next project in "The Ogun", an action thriller for Netflix.

Video jockey and actor Bani J believes showcasing more stories about the sexuality of people onscreen can play an important...

DC Comics is introducing its newest non-binary character in Kid Quick, who can move at super speed like The Flash.

A Mumbai court on Monday granted bail to comedian Bharti Singh and her husband Harsh Limbhachiya, who were arrested after...

Jamie Foxx to star in and produce Amazon's 'The Burial'

Oscar winner Jamie Foxx is set to feature in and produce "The Burial", an Amazon Studios drama revolving around the...

Actor-model Tanushree Dutta says she is planning to return to movies, after staying away from the film industry for a decade.

Mark Strong says he had a 'great time' working on 'Cruella'

Superstar Kamal Haasan on Saturday celebrated his 66th birthday by sharing a teaser trailer for his new Tamil feature...

With dynamics changing after every film release, actor Arjun Kapoor says the film industry is a fickle place, where one...

Actor Hilarie Burton is joining her real-life husband Jeffrey Dean Morgan in the cast of long-running series "The Walking...

"When in Rome" star Josh Duhamel will headline "Bandit", a heist thriller based on real-life events. According to The...

Megastar Amitabh Bachchan says he is thrilled that the city of Wroclaw in Poland has named a square after his late father...

Popular actress Shruti Haasan doesn't seem to be too worried about not having acted in more Bollywood movies since debuting...

Actor Scott Speedman is the latest star to join the cast of Netflix's "You" for its upcoming third season. The actor is...

People are going to have a great time with Suicide Sqaud': Jai Courtney

Actor Jai Courtney, who essays the role of Captain Boomerang in the upcoming James Gunn-directed The Suicide Sqaud ,... 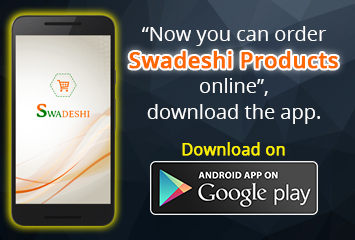 Bengaluru no longer safe for seniors

Bengaluru: Bellandur lake is the biggest...

Kaala is on high security