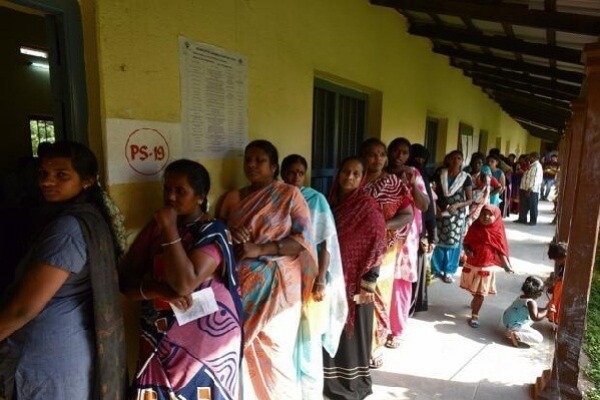 Voting for elections in the Jayanagar assembly constituency was underway on Monday in Karnataka with the ruling coalition in the state, the Congress and the Janata Dal (Secular), fighting the polls together. Around 22.20% voter turnout recorded till 11:00 AM.  Voting was halted in booth no 216 due to EVM malfunction.  People waiting to cast vote for the past 15 minutes.

The incident happened at polling booth in JP Nagar 4th main road. Voting for the Karnataka assembly elections had taken place on May 12. However, polling in the Jayanagar constituency was countermanded after the death of Bharatiya Janata Party candidate B N Vijayakumar, who was the sitting MLA from the seat. Last week, the Janata Dal (Secular) decided to withdraw its candidate from the fray and extended support to its ruling coalition partner Congress' nominee, news agency PTI reported.

JD(S) chief and former prime minister HD Deve Gowda had announced that the party's candidate Kalegowda was "retiring" from the polls. He added that the JD(S) would now support Congress' Sowmya Reddy and also asked party workers and leaders to "work for her." Counting of votes for the 222 of the 224 assembly seats in Karnataka took place on May 15. The Bharatiya Janta Party had emerged as the single largest party with 104 seats, while the Congress had managed to win 78 seats and the JD(S) 37 seats. However, after days of high-political drama in the state, the Congress and the JD(S) came together and managed to form the government in the state in partnership.