My technique remained same but couldn't explain what was happening in my head: Kohli 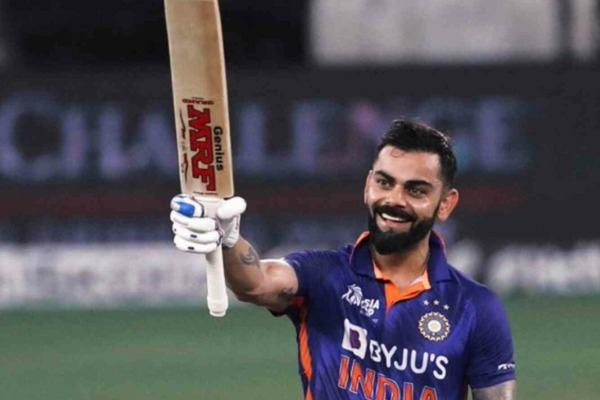 Virat Kohli has de-constructed his mental make-up during the past three years and perhaps that serene smile coupled with a kiss to his wedding ring after his much awaited 71st international hundred, said it all.

1020 days was a really long wait. He waited and along with him, India waited.

And once that moment arrived, there was a deep sense of accomplishment and satisfaction associated with an achievement by a content man. Someone who is very assured of his craft and in a happy place.
There was no clenching of teeth, no signs of "fake aggression" (he himself admitted it few days back) and no cuss words starting with 'F'.
"Last two and a half years have taught me a lot. I am going to turn 34 in a month. So those angry celebrations are a thing of the past," a smiling Kohli said during the innings break of India's last Asia Cup match against Afghanistan.
Kohli on Thursday smashed 122 not out off 61 balls to get his maiden T20 hundred and help India register a huge 101-run win over Afghanistan in the inconsequential Asia Cup match here.
He had taken a month-long break before Asia Cup to focus on his mental health and found that he didn't make any technical changes but perhaps could never really comprehend the cobwebs in his mind.
"I have had many suggestions, lot of advice has come my way; people were telling me I was doing this wrong, that wrong, I picked out all the videos from the best time I had; same initial movement, same approach towards the ball and it was just what was happening inside my head I wasn't able to explain it to anyone.
"At the end of the day, you know as an individual where you stand, people will have their opinions but they cannot feel what you are feeling."

Was surprised that 60's were touted as failures
----------------------------------------------------
Kohli had always set lofty standards for himself but despite his 26 half-centuries in 83 innings across formats (that's one 50 plus score in every 3.19 innings), it didn't satiate the appetite of Indians, who were so used to switching on the TV remote and find Kohli race to another ton.
"(Today) Innings was the build of the last few games, I batted out of my skin to be honest and I surprised myself. What surprised me was my 60s became failures; quite shocking for me, batting pretty well and contributing but doesn't seem to be enough," said Kohli after the win.
Kohli reached the elusive three-figure mark after almost three years, albeit in a format "he least expected to".
His 71st hundred also puts him alongside the great Ricky Ponting in the list of most centuries. Sachin Tendulkar is still way ahead with 100 international tons.
"Actually I was shocked. This is the last format I thought. It was an accumulation of a lot of things. The team has been open and helpful."

All credit to wife Anushka
--------------------------------
Kohli credited his actress wife Anushka Sharma for standing behind him like a rock during the turbulent times.
"I know there was a lot of stuff going outside. And I kissed my ring. You see me standing here because one person has put things in perspective for me. That's Anushka. This hundred is for her and for our little daughter Vamika as well.
"When you have someone next to you having conversations putting things in perspective, like Anushka has been... when I came back I was not desperate. Six weeks off I was refreshed. I realised how tired I was.
"Competitiveness doesn't allow it, but this break allowed me enjoy the game again," he said referring to his one month break.
By his own admission, it was for the first time in 10 years that Kohli had not held his bat for a month.
"Time away from the game gave me a good chance to sit back and observe a lot of things about me. I mentioned one special person - Anushka - who stood by me through these tough times and I mentioned her as she has seen the absolute raw side of me throughout all these months," he said.