Rasika Dugal on reprising characters: Tougher for writers than actors 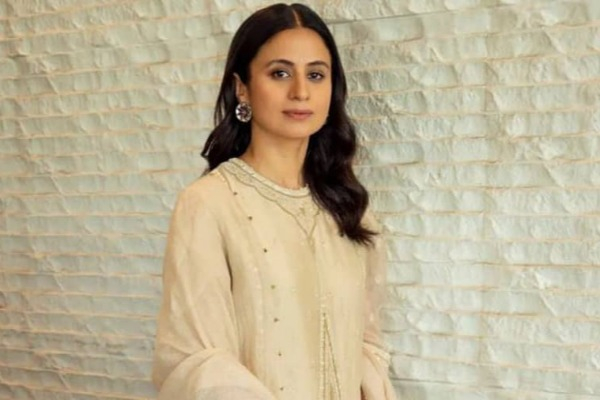 The difficulty of carving an arc for a relatively known character in a new season of a web series rests more with the writers than the actors who are essaying them, says Rasika Dugal.

Dugal is returning for the second season of the Netflix series "Delhi Crime". She is currently shooting for the third season of Prime Video show "Mirzapur".
It is an easier task for the actor to get back into the skin of a relatively old character, she said.
"There are series like 'Delhi Crime' and 'Mirzapur' so it is easy to pick up the characters from season to season. When you are picking up a role from one season to another, the difficult part rests with the writers. It's difficult when the characters are already introduced and then you have to make those characters go somewhere else.
"But for actors, it's much more comfortable because after a season when you come back, you are like you know them (characters). They have only changed a little bit but we still know what they are and we understand them," Dugal told PTI in an interview here.
The actor, whose franchise credits also include Disney+ Hotstar series "Out of Love", said one can never prepare enough to play a brand new role.
"Playing a new role is far more scary as you have to put in a lot of work and you don't even know if you are making the right choice.
"Also, whenever you prepare for a new character, you feel maybe if you would have got one more month, you were good to go. An actor can never say they are fully prepared for the role. You can just keep on preparing, and there's no end to it," she added.
Dugal said her "Delhi Crime" character of police officer Neeti Singh has transformed from a wide-eyed, idealistic trainee in season one into a more confident Assistant Commissioner of Police (ACP) in season two.
In the new chapter, set to drop on Friday, Neeti will be seen facing dilemmas in her personal and professional life. Actor Aakash Dahiya plays Devinder, Neeti's husband and an Indian Army officer.
"The series resonates with people who have highly demanding jobs, full of uncertainties. It's about two people trying to make things work together. It's not to show one person as a victim. Further in the series, we will see the two developing a stronger relationship."
Season one "Delhi Crime", also starring Shefali Shah and Rajesh Tailang, premiered in 2019. In 2020, it became the first Indian show to win the International Emmy Award for the best drama series.
Recognition is welcome, but it doesn't add to the pressure of coming up with the second chapter of the acclaimed series, she said.
"I am extremely proud of the project. Maybe the makers are feeling pressured. But I don't feel any pressure.
"In fact, I get excited if the audience notices all the small details we have worked upon. Sometimes, they give their own opinion about the details that should have been added according to them. So, that's always a very rewarding experience," she added.
Next up for Dugal is "Spike", a ZEE5 web series in which she plays a volleyball coach, and Prime Video supernatural thriller series "Adhura".