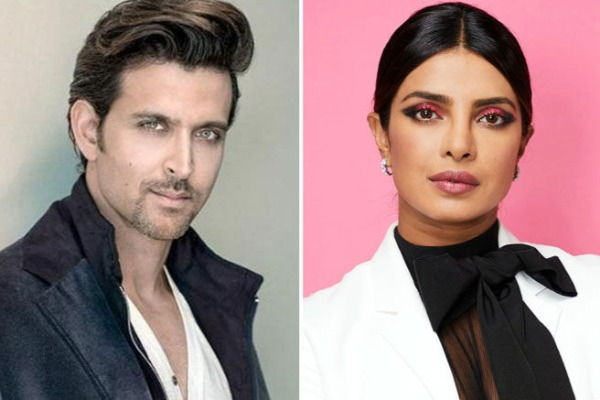 Hrithik Roshan and Priyanka Chopra Jonas are the latest Hindi cinema personalities to criticise the perfume brand that is facing condemnation for promoting "gang rape culture" with its latest advertisement series.

The actor duo also praised regulatory authorities for swift action and taking the advertisements off air.
The two ads of perfume brand Layer Shot sparked outrage among a large section of social media users, who claimed the advertisements sought to promote sexual violence against women.
Taking to his Instagram Stories on Sunday, Hrithik said he was "shocked & appalled" at the insensitivity of the commercial.
"How could the entire team associated with this project think this was OK to make and showcase?" the "War" star asked.
"Kudos to the viewers for calling it out & the regulatory bodies for taking appropriate action," the actor further said in his post.
On Saturday, the Information and Broadcasting Ministry asked Twitter and YouTube to remove the videos of the advertisements from their social media platforms.
In letters to Twitter and YouTube, the ministry had said the videos were "detrimental to the portrayal of women in the interest of decency and morality" and in violation of Information Technology (Intermediary Guidelines and Digital Media Ethics Code).
Commenting on Richa Chadha's tweet slamming the TV commercial, Priyanka said she was glad that the brand was named and shamed on social media.
"Shameful and disgusting. How many levels of clearances did it take for this commercial to be green lit. How many people thought this was ok? I'm so glad that it was called out and now the ministry has taken it down. Appalling!" "The Matrix Resurrections" actor wrote.
In a tweet, "Breathe" actor Amit Sadh said it was "heartbreaking" to see this advertisement in circulation.
"... we have to be better than this !! Appalled !" he added.
Previously, actors Farhan Akhtar, Richa and Swara Bhasker, and singer Sona Mohapatra had lambasted the advertisement.
The I&B ministry had also said that the Advertising Standards Council of India (ASCI) has also found the videos in violation of its guidelines and asked the advertiser to suspend the advertisement on an immediate basis.