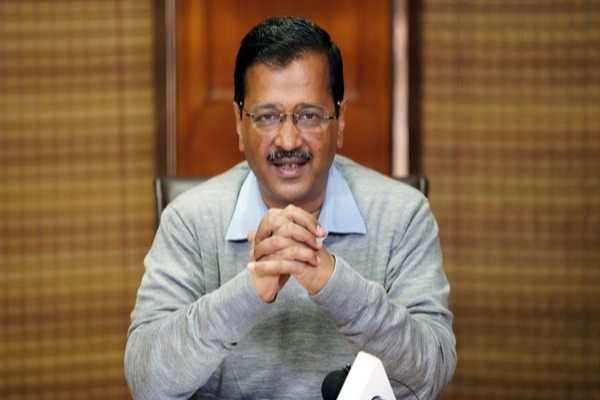 Delhi Chief Minister Arvind Kejriwal on Thursday claimed the Centre has directed its agencies to arrest his deputy Manish Sisodia in "false" cases to hinder the progress made by the city in the field of education, even as he took a dig at Prime Minister Narendra Modi to arrest all his ministers in one go.

The AAP supremo also said the progress of several important projects of Delhi like Yamuna cleaning and opening of new mohalla clinics has been hampered following the arrest of Health Minister Satyendar Jain.
Jain was arrested by the Enforcement Directorate (ED) in a money laundering case on Monday. On Tuesday, he was sent to ED custody till June 9 by a court here which noted that his interrogation was required to unearth the alleged larger conspiracy.
Kejriwal said he had learnt about the arrest of Jain from credible sources a few months back and had shared that information (in the public domain) and the same sources have informed him about Sisodia's arrest.
The Centre is fabricating false charges against Sisodia just like they did to arrest Satyendar Jain. The Centre has directed all its agencies to allot all their resources on framing bogus cases to arrest Sisodia," he claimed during a media briefing.
Referring to Sisodia as the pioneer of India's education revolution and perhaps the best education minister of independent India, the chief minister said he is a ray of hope for not just Delhi, but for the children of the entire country.
"It is because of him they are confident that someone can transform their schools too. He has brought fame to India on a global stage and people like him should be transforming schools all over India instead of being sent to jail," he said.
Accusing the Union government of wanting to stop the progress of Delhi's health and education sector by jailing Jain and Sisodia, Kejriwal recalled that even five years ago, over 20 AAP MLAs were arrested by the Centre's agencies, but they all were acquitted in the court of law and the courts had rapped the investigators.
"Today, we take pride in saying that Modi himself has given us a certificate of honesty. Will all the central agencies keep wasting our time by filing cases one by one against us? How will we be able to work like this?" he questioned.
With folded hands, I request the prime minister to consider my humble appeal. Mister prime minister, instead of putting us in jail one by one, please put all the AAP ministers and MLAs in jail at once. Please ask all your agencies to take out investigations against all of us at once only. Get done with it once and for all. Such gimmicks hinder your public interest project," he said.
Exuding confidence that the Aam Aadmi Party (AAP) will "once again get the certificate of the most honest 'deshbhakt' (patriotic) party of India once this slander campaign ends", the chief minister said he does not understand politics.
Some people are saying this is happening in the run up to the Himachal Pradesh polls. Some call it a consequence of our victory in Punjab. We do not understand politics. We do not care for it. We are not scared of going to jail," he said.
He also said the arrests of Sisodia and Jain are a loss to the nation.
"Eighteen lakh children study in our government's schools. Not just the future, but the present of these children was in a misery. I ask the students and their parents, do you think a man like your education minister, a man of the pedigree of Manish Sisodia can ever be corrupt?" he said.
Crediting Sisodia, he said Delhi's Model of Education is not only spreading its wings in India, but all over the globe, and leaders from across the globe are requesting the Delhi government to teach them to run Happiness and Entrepreneurship classes.
"It is because of Manish Ji that an education system from India got fame at the international level. These people want to hinder Delhi's progress in education and healthcare by framing Sisodia and Jain in fake cases. I pledge to not let this system break at any cost. ... All I know is that putting them behind the bars is a tragic loss for the country," he said.
Listing out the implications of Jain's arrest, Kejriwal said his minister was working on cleaning the Yamuna, increasing the number of Mohalla Clinics and supplying drinking water to every household 24x7 here, but now the progress of these projects will get hindered.
"If people who revolutionise governance and make life easier for the public can be judged corrupt, then the parameters of honesty must be in a different paradigm altogether, he said.
Over half a dozen portfolios allocated to Jain have been handed over to Sisodia, according to an official notification.