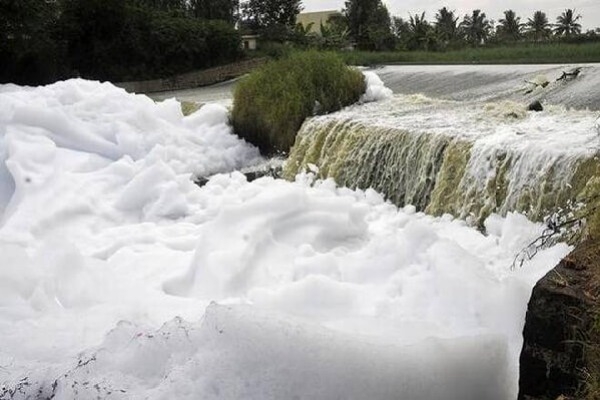 A 329-page report submitted by committee set up by the National Green Tribunal (NGT) to inspect the lakes in Bengaluru, the state government and its agencies were found to have "miserably failed to discharge their obligations to the society and their duties."

Lambasting the government and civic agencies, the report has described how encroachments and dumping of waste and sewage continue to haunt Bellandur Lake. There is not even 1ml of clean water in the lake, it added. The report submitted to the NGT on May 31 said, the biggest lake of Bengaluru, "by sheer callousness and indifference of the authorities has become the largest septic tank of the city." The report states that the lake's water-holding capacity has shrunk due to the dumping of garbage and construction waste, among other things.

Hydrophytes and microphytes in the water are also causing trouble, it says. It has also blamed indiscriminate dumping of construction and demolishing waste, municipal solid waste and vast spread of hydrophytes and microphytes in the waters for pollution in the Bellandur Lake. In April, the green body had reprimanded Karnataka government saying that the report submitted by the government was "incorrect and misleading" and was bereft of the actual action taken on the ground. The report also states that Bellandur Lake has caught fire 12 times since the first incident on August 12, 2016.