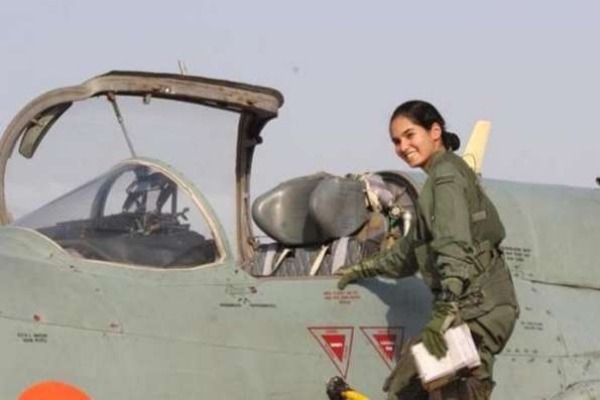 Flying Officer Avani Chaturvedi is the toast of the nation, having claimed the skies as the first ever Indian woman to fly a fighter aircraft (MiG-21 bison) solo.

That, too, at the age of 24! It's no mean feat, but Avani humbly says, "I was just at the right place at the right time. I was a part of a team, so anyone else in my place would have done the same."Her success is an inspiration to several women - from those starting out or proving themselves in male-dominated fields to all those who challenge stereotypes in their own way.

Accepting the adulation with even more humility, she says, "It feels good to have become [an] inspiration for someone. But I don't think I've done something great, a lot of them have done the same before. Yes, you can say that for the first time a girl has done it, but the feeling isn't very different."At any point in life, be it in any field, women should not feel that they are different, rather they should focus on doing their best in whatever they do, find their own voice and the rest will fall in place says avani .