People dragged the rapists away from the station and killed them 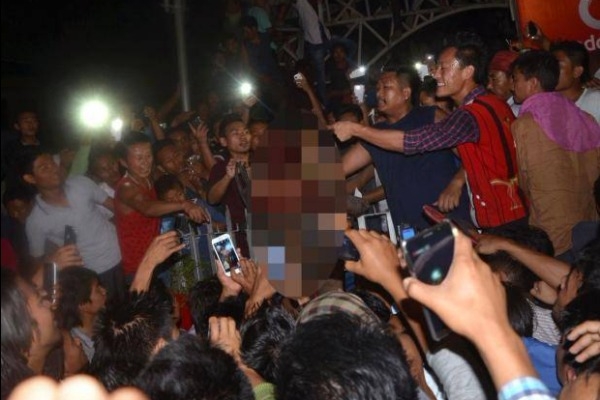 The incident took place in Lohit district of Arunachal Pradesh, killed two persons who were arrested on charges of rape and murder.

Sanjay Sobar (30) and Jagdish Lohar (25), who were working at Assam's T Plantation, were brought to a market area outside the stadium, killed by hitting in stones.On February 12, a five-year-old child was missing from a village. Finally, the baby was found in the village of Namga in Arunachal Pradesh.

Police arrested Sanjay Sobar and Jagdish Lohar .Then they both raped the child and they said murdered her.The two were later admitted to the court. He was handed over to the police in the court.Later they were in custody but people dragged them from station and killed them by hitting stones .