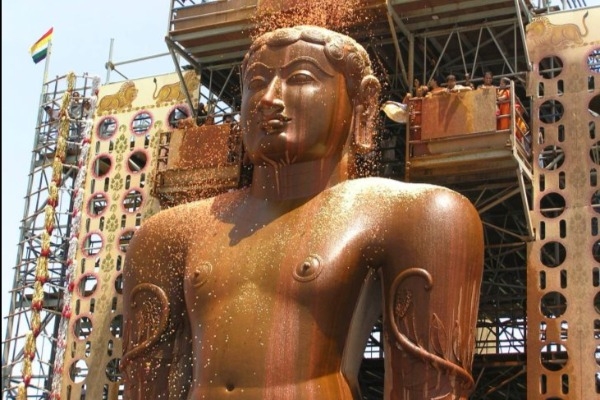 Feeling in the wake of Bhagwan Bahubali Mastakabhishekam The cultural procession that took place around Vindhyagiri Hill in Sravanabelagola on 16th is in the Golden Book of World Record.

Yes, there were more than 200 art galleries involved in the massive procession under the guidance of Sri Chakrakirti Bhattaraka Swamiji. More than 12,000 people, artists and muniis participated in the massive march that simultaneously broke out from three sides of the morning.Such a massive cultural procession is now a part of the Golden Book of World Records.