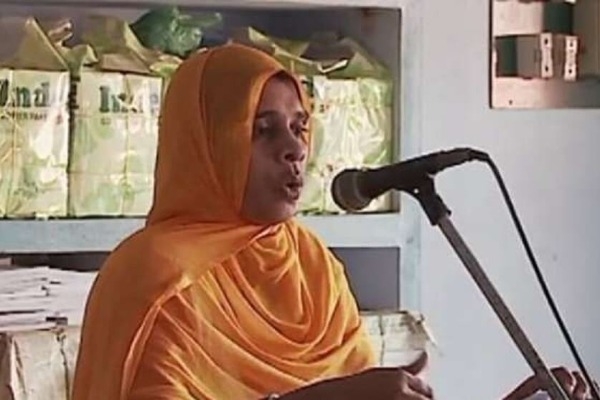 K Jamida, general secretary of the Quran Sunnath Society and the first Indian woman to lead the Friday prayers for Muslims, hailed Hinduism’s role in preserving the secular tradition of the country.

Speaking she said extolled the political leader’s role in reforming the society. The Malayalam translation of his book Integral Humanism was also released at the meet..

Since joining the Quran Sunnath Society, whose members strictly follow the Quran and denounce the Hadiths, Jamida has quickly risen to become its general secretary. The Society works towards reforming the Islamic society, but has faced backlash because of its stand on the Hadiths. It follows the teachings of P K Mohammed Abul Hassan, also known as Chekannur Moulavi, who was declared murdered after disappearing in July 1993. “Hindus belonging to all castes should unite to ensure that India does not become an Islamic country,” she added.