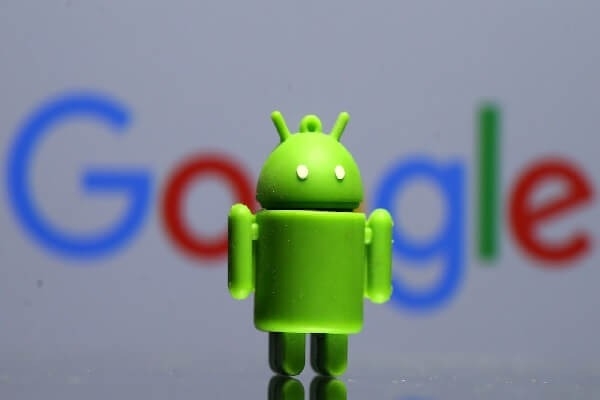 European antitrust regulators fined Google a record 4.34 billion euro ($5 billion) on Wednesday and ordered it to stop using its popular Android mobile operating system to block rivals, a ruling which the US tech company said it would appeal.

The penalty is nearly double the previous record of 2.4 billion euros which Google was ordered to pay last year after its online shopping search service was deemed to be unfair to competitors. It represents just over two weeks of revenue for Google parent Alphabet and would scarcely dent the company’s cash reserves of $102.9 billion.  Alphabet, which is scheduled to report financial results on Monday, said it would set aside money to pay the fine which would cut its second-quarter profit by about $5 billion. Wall Street analysts were expecting $6.8 billion in quarterly profit on average before the fine, according to Thomson Reuters data. Alphabet shares closed flat on Wednesday after technology analysts said the EU order would do little damage to the company’s long-term prospects.

Google’s Android system, which Google lets device makers use for free, runs about 80 percent of the world’s smartphones, according to market research firm Strategy Analytics. According to the EU, Google’s illegal behavior dates back to 2011 and includes forcing manufacturers to pre-install Google Search and its Chrome browser together with its Google Play app store on their Android devices, paying them to pre-install only Google Search and blocking them from using rival Android systems. “Google has used Android as a vehicle to cement the dominance of its search engine” over rivals, EU antitrust chief Margrethe Vestager told reporters.

Google has 90 days to either halt such anti-competitive practices with smartphone makers and telecoms providers or seek a delay of the order while it appeals. Alphabet risks additional penalties of up to 5 per cent of average daily global revenue for non-compliance. Major Android smartphone makers including Samsung Electronics, Sony, Lenovo Group declined to comment on the EU case. Google Chief Executive Sundar Pichai warned that Android may not remain free as a result of the EU ruling or it may shift to a tightly controlled distribution model like rival Apple. “We are concerned that today’s decision will upset the careful balance that we have struck with Android, and that it sends a troubling signal in favor of proprietary systems over open platforms,” Pichai said in a blog. The head of the US Federal Trade Commission said on Wednesday he would closely review the European decision.