Distance not on Neeraj Chopra'a mind ahead of World Championships 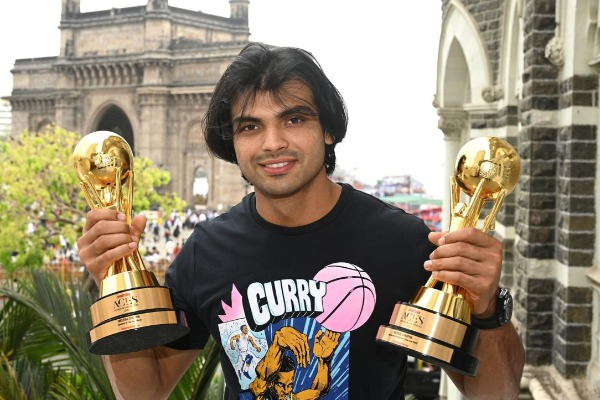 Chopra had set a new national record of 89.94m, just 6cm shy of the 90m mark, the gold standard in the world of javelin throw, at the prestigious Diamond League in Stockholm last month en route to a silver medal.
The 24-year-old finished second behind Grenada's Anderson Peters, who recorded a best throw of 90.31m.
"I was 6cm short of the 90m mark, I was pretty close. I hope to cross 90m this year. But I never think or focus on distance going into a competition. I just try to give my 100 per cent," Chopra said in a virtual interaction from Eugene after he was named as a partner by Underdog Athletics to represent its Under Armour brand.
A strong field awaits Chopra in the World Championships, where he will be seen in action, starting with the qualifiers on July 21.
Besides, Chopra, Peters, Olympic silver medallist Jakub Vadlejch of Czech Republic, Finland's Oliver Helander and the German duo of Julian Weber and Johannes Vetter will be in action.
"It is the biggest competition of this year for me. I want to perform without any pressure. It is the biggest stage, the competition will be very tough. There are 5-6 throwers who are performing consistently so the level is similar this year," Chopra said.
"But every day, every competition is different. My focus is just on one thing -- to throw as big as possible.