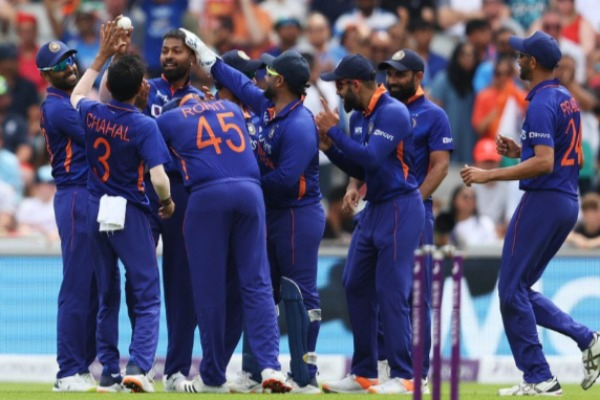 India have consolidated their third spot in the latest ICC ODI Team Rankings after the away series victory over England.

Rishabh Pant's maiden ODI century and Hardik Pandya's all-round heroics fired India to an emphatic five-wicket win over England in the third ODI, helping the visitors seal the series 2-1.
With a rating of 109 points, India are three rating points clear of Pakistan (106) in the list.
New Zealand continue to reign supreme at the top of the table with 128 rating points, while England are second with 121.
However, there may be a change in the charts in the coming weeks as sixth-placed South Africa, currently only seven rating points behind Pakistan, could rise to fourth if they can sweep their upcoming three-match series against England.
India could stretch their lead even further with a good show in their three-match series against West Indies, starting this week.
Pakistan's next ODI assignment is in Rotterdam against the Netherlands next month, with Babar Azam's team scheduled to play three 50-over matches during a five-day period.