Top-ranked Swiatek pulls out of Berlin with shoulder problem 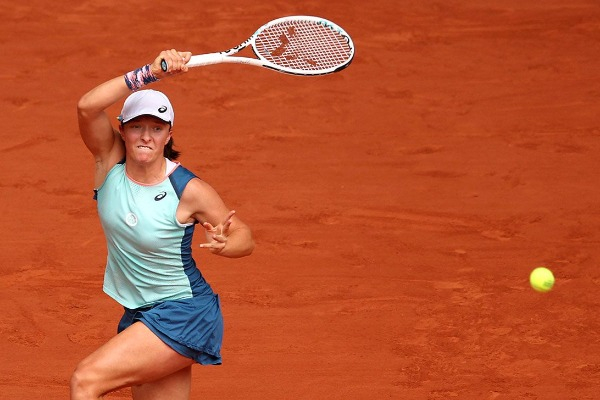 Top-ranked Iga Swiatek has pulled out of next week's grass-court tournament in Berlin because of a shoulder problem, saying Friday she needs to rest up ahead of Wimbledon.

Swiatek is coming off her second French Open title after beating American teenager Coco Gauff in the final at Roland Garros on Saturday. She had been set to open her grass-court season in Berlin but joined No. 2 Anett Kontaveit, No. 3 Paula Badosa and former No. 1 Naomi Osaka in pulling out of the event.
Swiatek wrote on Twitter that she was withdrawing because of a recurrent discomfort I am feeling in my shoulder.
She added that I will focus on recovery and rest in order to be ready for Wimbledon.
The 21-year-old Pole is on a 35-match winning streak and will be looking for her first Wimbledon title at the All England Club, where she has never been past the fourth round.