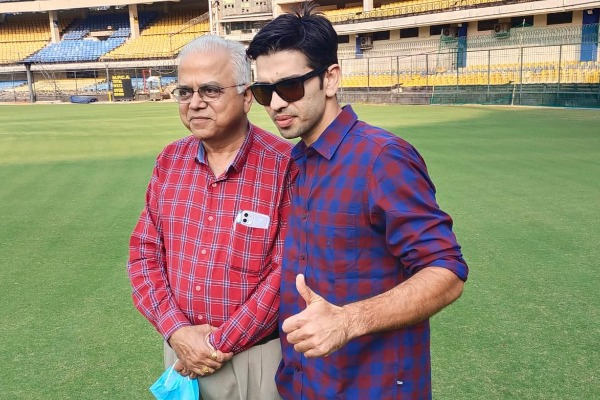 The Madhya Pradesh Police have arrested the father of former Indian cricketer Naman Ojha in connection with a case of alleged embezzlement of funds in Betul district in 2013, an official said on Tuesday.

The case is related to the alleged fraud when the cricketer's father, V K Ojha, was posted as manager of the Bank of Maharashtra's branch in Jaulkheda area of Betul in 2013, he said.
In 2014, the police in Multai town here had registered a case of the alleged embezzlement of about Rs 1.25 crore. V K Ojha, who was absconding, was arrested on Monday, Multai police station in-charge Sunil Lata said.
All other accused in the case were arrested earlier, the official said.
After arrest, V K Ojha was on Monday produced before a local court which sent in him the police custody for one day. The police were questioning him, the official said.
The FIR was registered on June 19, 2014 following a complaint by the then bank manager, Ritesh Chaturvedi, about the alleged transfer of the Kisan Credit Card (KCC) loan amount by opening 34 fake accounts in the branch. The amount was later withdrawn, the police official said.
The case was registered under Indian Penal Code Sections 409 (criminal breach of trust by public servant), 420 (cheating), 467 (forgery of valuable security), 468 (forgery for purpose of cheating), 471 (forged documentation) and 120-B (criminal conspiracy), he said.