I can say that old Yuzi is back, asserts Chahal ahead of IPL 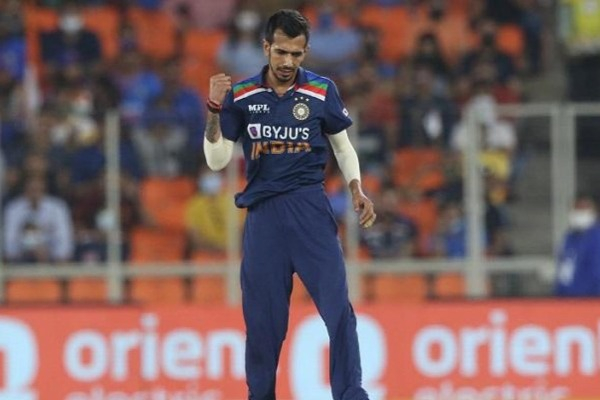 One of the most notable omissions from India's T20 World Cup squad, leg-spinner Yuzvendra Chahal on Thursday asserted that he will be his wily, old wicket-taking self in the upcoming second half of this year's IPL.

During a training session for his team Royal Challengers Bangalore, a cheerful Chahal offered to bat, but only if the swashbuckling Glenn Maxwell was the bowler.
Reflecting on his first training session with the team, Chahal said, "Obviously, the feeling was good, it was okay and I'm happy with the way I bowled today.
"I'm very pumped up, especially, you know, we're good on the points table and we have a very good chance to stay at the top of the table and when you bowl well after a long time you always feel good. Today, I can say that the old Yuzi is back."
The IPL-14, which was suspended midway into the league in May owing to multiple COVID-19 cases in its bio-bubble, will resume in the UAE on Sunday and Chahal will be one of the many players trying to reclaim his place in the national team.
Chahal was far from his best in the first leg of the IPL in India. Despite his team playing in spin-friendly surfaces such as the one in Chennai, the leg-spinner struggled for rhythm and could only pick four wickets in seven matches at an economy of 8.26.
During the training session, South African legend AB de Villiers was seen welcoming both Chahal and Maxwell back into the team before the net session commenced.
Head coach Mike Hesson laid out the plans for the session and said, "In terms of practice today, we all know what the role is. We've all had those meetings for what we're training for. So when we go in the nets, we're really specific about what we're trying to get out of it."
When the league was suspended, RCB were placed third in the points table with five wins from seven matches.
After the net session, de Villiers was joined by Maxwell to compete in a game where both players attempted to hit the stumps from 22 yards, but with a tennis ball and a racket.
The versatile de Villiers said that he played the sport quite a lot in his younger days and Maxwell responded that he was not surprised at all.