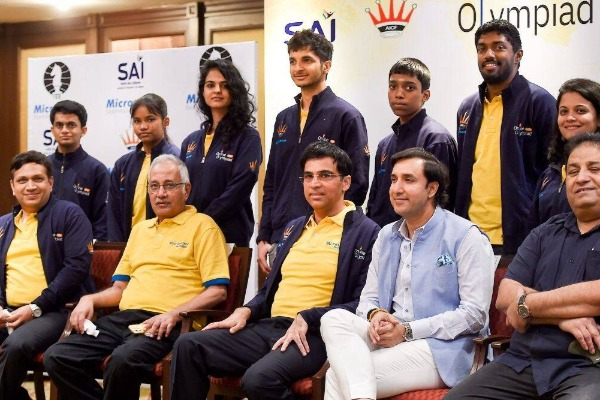 India has been placed in Pool 'B' of the Top Division in the second edition of the online FIDE chess Olympiad to be held from September 8.

India, the joint winner of the tournament last year, will be joined by teams including France, Belarus and Azerbaijan among others in Pool B.
Shenzhen China, Moldova, Slovenia, Egypt, Sweden and Hungary are the other teams in India's pool.
Two teams from each of the four pools in the Top Division will advance to the play-off stage.
Shenzen China, Moldova, Slovenia and Sweden qualified for the Top Division from Division Two (Pool A).
A total of 15 teams advanced from the Division Two to join 25 teams including Russia, USA, China and India among others in the Top Division.
The Indian team had in August last year emerged joint winner with Russia in the online Olympiad.
The Indian team for this year's online Olympiad comprises former world champion Viswanathan Anand, Vidit Santosh Gujrathi, P Harikrishna, Nihal Sarin, R Pragganandhaa, Koneru Humpy, D Harika, Tania Sachdev, Bhakti Kulkarni, R Vaishali and B Savitha Shri.
The All India Chess Federation, on its part, has taken steps to ensure the best facilities for the team. Also, the team will play all the matches from a five-star hotel here.

Will be great if I can open in Test matches for India: Washington Sundar