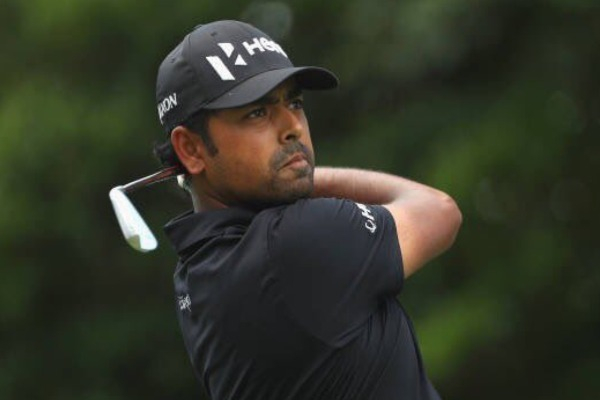 Indian golfer Anirban Lahiri endured another roller-coaster round but maintained his position with a one-under 70 to lie tied 45 at the Palmetto Championship here.

Rain affected the third round, too, and it could not be completed but Lahiri managed to finish his 18 holes with four birdies against three bogeys, which gave him a one-under total for 54 holes.
He was one place below his second round position.
In the second round, it was Lahiri's approaches that did not give him enough birdie chances. Yet in the third round he overcame that but missed a lot of putts, at least two chances inside seven feet and three from 10-11 feet.
That added up to a hefty number, which may well have made a difference of at least 20 spots for him.
Chesson Hadley moved a step closer to his first PGA TOUR victory in seven years since his 2014 Puerto Rico Open win. He opened a four-stroke lead over Harris English and six over Dustin Johnson in the rain-delayed event.
Hadley came into the event after five consecutive missed cuts and 10 missed cuts in last 12 starts.
Hadley, 3-under through 17 was 14-under, while English (-10), Johnson (-8) and Lee Tain (-6) were all on the 18th hole when the horn sounded to stop play because of lightning.
Rain followed about 10 minutes later and officials waited more than two hours before calling off play for the day.
Coming off a fine string of results in Europe, which included two wins in four starts, South African Garrick Higgo (68-69-68) was 8-under and third. Higgo also played the PGA Championship.
Englishman Tyrrell Hatton (68), 11th in the world, and Bo Van Pelt (66) were tied for fifth at 7-under.