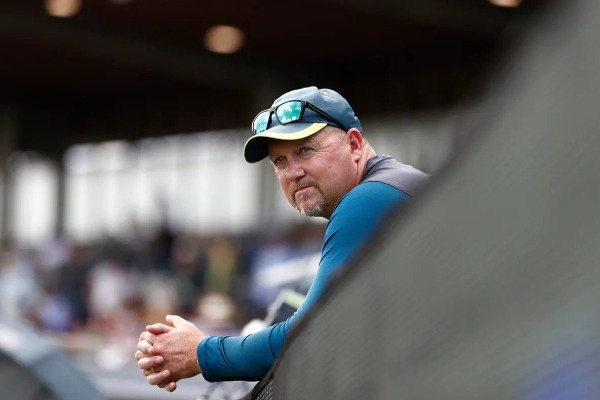 Former Australia bowling coach David Saker wants the country's cricket board to make its investigation into the 2018 ball-tampering scandal public as he feels releasing that report might end the questions surrounding the incident.

The ball-tampering issue resurfaced when Cameron Bancroft recently hinted in an interview that the bowlers in the team might have been aware of the plot to use sandpaper to alter the ball's condition.
Saker was the bowling coach of the side at that time and had earlier stated that even he could be held accountable for what happened.
The scandal led to bans on Bancroft, then skipper Steve Smith and his deputy David Warner.
"I can't see any point why it wouldn't be released, but that's, yeah that's up to them the way they want to handle that," Saker was quoted saying by the local media here.
He was unveiled as the coach of the Big Bash League side Melbourne Renegades on Thursday.
Asked why the CA should release the information, Saker said, "Because these questions keep coming up, maybe if it's released, then maybe questions might stop but I don't think they will and the questions will keep getting asked."
After Bancroft's comments, the bowlers, including top pacer Pat Cummins, had insisted that they had no prior knowledge of the plot.
However, former skipper Michael Clarke had said it was difficult to believe that bowlers were not aware.
Saker himself has denied any knowledge of the plot.
"Well, there's no doubt I had no idea there was any sandpaper involved. As far as we knew that we were using normal tactics to get the ball reverse-swinging so that's as far as I know.
"We've all gone in and did our bit so I can't see it going any further, but the questions will keep coming. There's no doubt about that, but that's just a part of life, you got to deal with that but it's never going to go away, that's for sure," he said.
CA chief Nick Hockley had said last month that they do not intend to make the investigation report public.