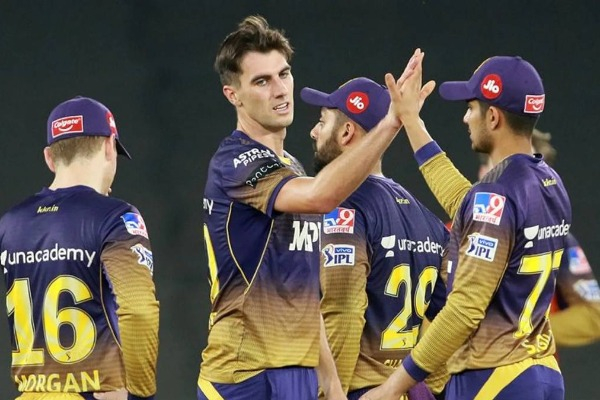 Australia pacer Pat Cummins feels the IPL organisers, in hindsight, could have "tweaked a few things" after deciding to host the league in India amidst a raging COVID-19 pandemic.

Looking back, organisers may havCummins, a key part of the Kolkata Knight Riders team, said previous edition held in UAE was incredibly "well-run" and the organisers pushed it "little step further" by organising it at home this year.
The IPL was "indefinitely suspended" on Tuesday, following multiple COVID-19 cases inside the bio-bubble.
Last year, IPL was first postponed and then shifted to the UAE with India being in the grips of the first wave of virus.
"Last year we had the IPL held over in the UAE and that was an incredibly well-run tournament," Cummins told Foxsports.
"This year, they tried to push it that little step further and have it over here in multiple cities in India. I'm sure looking back they might have tweaked a few things."
Cummins, however, didn't specify what exactly could have been done differently in his comments which were made before the postponement of the league on Tuesday.
The decision was taken after the virus breached the bio-bubble, infecting SunRisers Hyderabad batsman Wriddhiman Saha, Delhi Capitals' spinner Amit Mishra and KKR's Varun Chakravarthy and Sandeep Warrier.
Chennai Super Kings' bowling coach L Balaji was also among the prominent non-playing staff to test positive and later it emerged that batting coach Michael Hussey also returned positive for COVID-19.
There were a lot of criticism for conducting the T20 league at a time when India was facing such a devastating health crisis.
"It's two different worlds. We're lucky, we're safe, we're comfortable and there's people just trying to get basic medical treatment," the Australian vice-captain said.
"First thing was to find out whether us playing the IPL was the right thing and basically everyone said, we would be lost without the IPL for three or four hours every night. I'm just trying to do my bit. India's been such a good country to me and cricketers."
With the T20 event being postponed, the Australian IPL players and support staff might fly off to Maldives in a bid to get home.
The Australian government had last week banned travellers from COVID-ravaged India till May 15 with the country's Prime Minister Scott Morrison making it clear that the IPL players will have to make their own arrangements.