Liverpool draws at Leeds amid criticism of Super League role 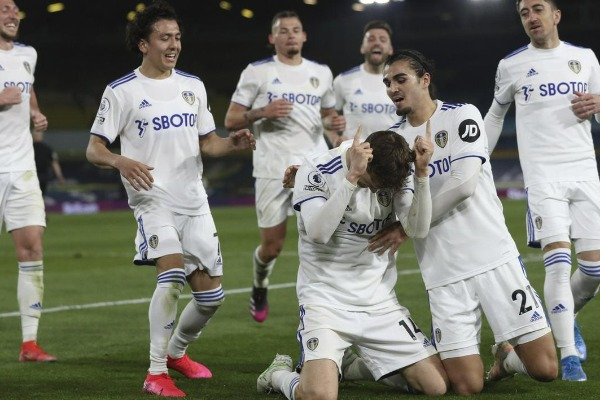 Liverpool conceded an 87th-minute equalizer to draw at Leeds 1-1, denying Jurgen Klopp's team a spot in the top four of the English Premier League.

Which position Liverpool finishes might not matter anymore, given the team is one of the 12 clubs behind the creation of a controversial Super League that is threatening to split the historic structure of European soccer.
The breakaway league could potentially launch as early as next season, rendering meaningless the race for Champions League qualification that currently involves Liverpool, Chelsea and Tottenham three of the six rebel English clubs.
Liverpool stayed in sixth place, outside the Champions League places, after Spain defender Diego Llorente scored with a header from an inswinging corner to earn Leeds a point that the team's second-half fightback might have deserved.
Sadio Mane on Monday stroked the ball into an empty net in the 31st minute from a squared pass from Trent Alexander-Arnold to give Liverpool the lead and put the deposed champion on course for a fourth straight victory.
A win would have lifted Liverpool above West Ham and into fourth place.
Liverpool came in for lots of criticism ahead of the game from its own fans and those of rival clubs for being greedy and damaging the integrity of the English and wider game because of its role in the Super League plans. The club's American ownership bore the brunt of the criticism but the players were jeered and verbally abused as they arrived at Elland Road.
Leeds' players wore T-shirts during the warmup, which had the words "Earn it" on the front and Football is for the fans on the back seemingly a message to the rebel clubs.