Wasn't too stressed about low scores, stuck to what worked in 2020: Mayank 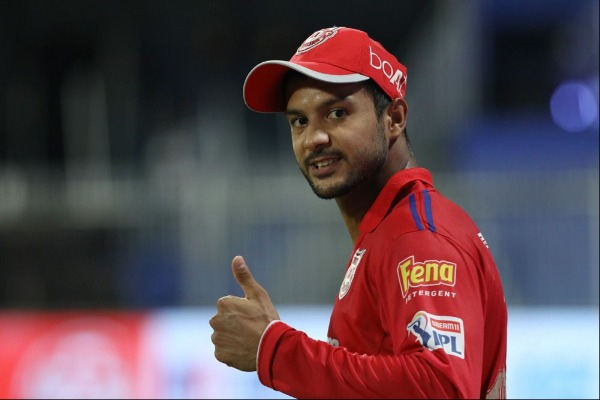 Back in form with a scintillating half-century, Punjab Kings' Mayank Agarwal says he wasn't too stressed about not firing in the first couple of IPL matches and tried to stick to the things that worked for him in the last edition.

Mayank, who had amassed 424 runs in the last season in the UAE, had scored 14 and 0 against Rajasthan Royals and Chennai Super Kings to make a dismal start to the ongoing season.
However, the 30-year-old from Bangalore found his touch on Sunday as he smashed a sizzling 36-ball 69 to help Punjab post 195 for four against Delhi Capitals.
"I wasn't thinking too much, I planned to do and keep the midset that worked for me last year. I thought last match I had a good ball, I didn't want to stress too much about it and wanted to look forward and so stuck to what worked for me," he said during a virtual press-conference.
"I was batting well in the nets, I was getting into good positions, it was about holding shape and I don't want to live in the previous games and I am happy how I batted."
The total, however, didn't prove enough as last year's runners-up Delhi Capitals romped home in 18.2 overs, riding on opener Shikhar Dhawan's 49-ball 92.
"I thought it was a good total. It wasn't as easy in the first innings and I thought dew played a factor coming in the second innings," Mayank said.
"I thought Delhi Capitals batted exceedingly well, also there was a dew factor. Credited to Delhi bowlers how they executed after the 12 overs, they went into death bowling and executed it beautifully."
Asked how can dew be countered to make it an even contest, Mayank said: "I don't think we can do much about it as players. It boils down to execution under pressure and practising that. Those are the things which are under our control."
Punjab will play Sunrisers Hyderabad in Chennai on Wednesday.