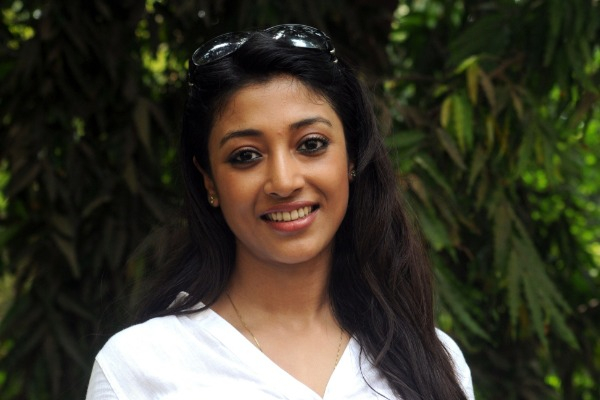 Actor Paoli Dam says she's always on the lookout for roles that represent women's perspective in cinema and her latest choices are a reflection of that.

Dam, a prominent star in Bengali and Hindi cinema, featured in "Kaali" and "Bulbbul" in 2020. Both the films earned critical acclaim as well as audiences' love.
In "Bulbbul", the actor received unanimous praise for her portrayal of a widow and in "Kaali", she played a mother navigating a corrupt system of criminals and cops in a bid to save her son.
"This is what I have always wanted. It's not that from the start of my career, I was getting these strong and powerful roles. In mainstream films, there are (only) certain kinds of roles you play. You're used to looking a certain way. But I wanted to star in female-oriented films also, where women are shown as decision-makers," Dam told PTI in a Zoom interview from Kolkata.
The 40-year-old actor began her film career in 2006 and received her first breakthrough three years later with filmmaker Gautam Ghosh's Bengali drama "Kaalbela", set against the backdrop of the Naxalite movement.
Dam credits the film for making viewers, as well as filmmakers, realise she could pull off "strong independent roles."
She is now gearing up for the release of the upcoming ZEE5 thriller film, "Raat Baaki Hai", co-starring Anup Soni and Rahul Dev.
The film chronicles the story of a single night, where two estranged lovers end up meeting each other after 12 years under strange circumstances.
Dam said starring as the "mysterious and majestic, calm but powerful" Vasuki ticked off her most important criterion of playing a character: being relatable.
"What I look for in my characters is that they have to be closer to reality. Audiences need to relate to my characters, otherwise, you fail. That's my constant lookout when a script comes my way.
"It is important to say from a woman's perspective what we want or desire. That thought should be put out through the characters I play."
Dam, however, admitted that it took her some time to gain this perspective about her art.
A chemistry graduate from Kolkata, the actor was initially more invested in trying to navigate the industry, learning from her directors and co-stars when she started in the mid-2000s.
With gradual success, especially after "Kaali" and "Bulbbul", Dam realised her choices could have far reaching impact on viewers' conscience.
"I have now become greedy as an actor. Today, the characters I choose should stand out and create an impact even if they're there for a limited duration. But when I started out, I didn't look at it like that. Initially, (acting) was like pocket money for me.
"I was enjoying it, learning from the process, but I didn't think I had to prove anything. It wasn't like I had to really convince filmmakers regarding my potential. It isn't that you get great films every day, but whatever I got, I chose the best out of it," she added.
What has also helped her choose projects she has her heart set on is the emergence of OTT platforms.
Dam's recent work has not only found acclaim but also tremendous reach, thanks to the streaming platforms.
"OTT has broadened the horizon. There is no language barrier anymore. So many actors from language cinema, Bengali, Punjabi, Gujarati, and South, have come on to OTT.
"This pan India space has been created by the OTT platforms. Because of the digital space, we see much interesting content. There's competition in that also, so everyone wants to give their best.
Directed by Avinash Das and based on Atul Satya's popular play "Ballygunje-1990", "Raat Baaki Hai" is set to premiere on ZEE5 on April 16.