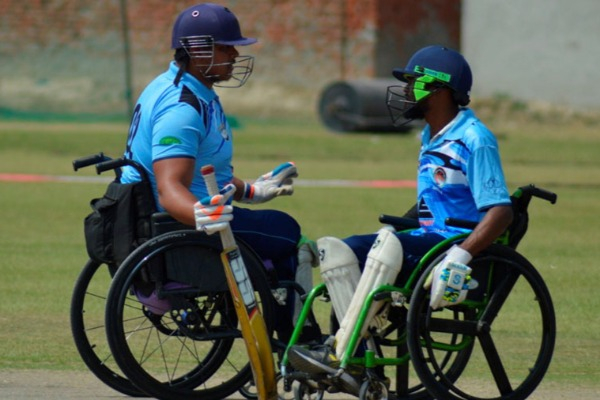 In a first, office-bearers of the newly formed Differently-abled Cricket Council of India (DCCI) will witness the opening match of Indian Premier League 14 between Mumbai Indians and Royal Challengers Bangalore here on Friday.

"This year's IPL opening ceremony for the first time shall have representation from the differently-abled governing council members. BCCI secretary Jay Shah has extended an invitation to the office bearers of DCCI to come and be part of the IPL opening match. This is for the first time the DCCI members will be part of any BCCI event," DCCI said in a statement.
DCCI president Mahantesh GK, said, "We are very thankful to Jay Shah for inviting us to attend the opening ceremony of the biggest T20 tournament in the world. From the very beginning, he has been very encouraging and has been promoting differently-abled cricket in the country."
DCCI secretary Ravi Chauhan said that the invitation was a mark of respect and appreciation for thousands of differently-abled cricket players.
"Though five members of DCCI will be attending the opening ceremony but in reality, thousands of cricketers of the PWD community shall feel proud.
"We are just the faces, but the invitation is actually to each and every differently-abled cricketer and for this we will be always grateful to the BCCI secretary for keeping his promise of giving dignity and equality to our cricket," said Chauhan.