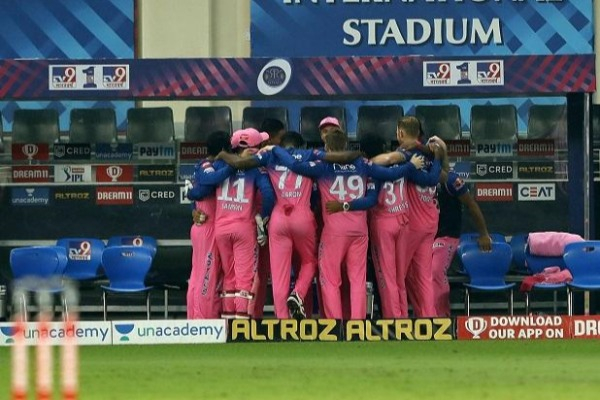 The IPL starts in Mumbai on Friday.
The Sawai Mansingh Stadium was taken over by a 3D projection and light show as Rajasthan Royals players revealed their jersey for the 2021 season.
An audio-visual show was live broadcast from the stadium to fans around the world and players of the Rajasthan Royals team in their bio-bubble in Mumbai.
"The show was a celebration of everything that the Royals fans hold dear to their heart -- the stadium, the city of Jaipur, the Rajasthani culture and landscape -- as well as a reflection of how the franchise's association with Red Bull is helping them move forward at rapid pace, bringing out new ideas and helping the team grow," RR said in a release.
RR are the inaugural edition winners.
South African all-rounder and IPL's most expensive auction buy, Chris Morris said, "Unbelievable reveal of the new jersey. From 2015 till now the jersey has changed a lot since the last time I played for Royals, and it is a beautiful jersey.