Five-time champions Mumbai Indians can do an encore 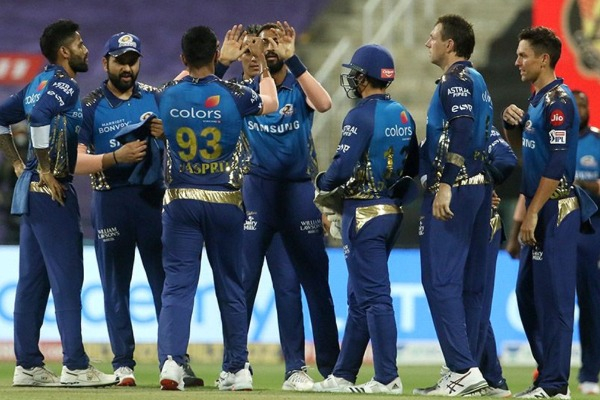 Five-time defending champions Mumbai Indians have it them to do an encore in the upcoming IPL. A batting line-up dotted with big power-hitters along with the best death bowlers make record five-time winners MI a formidable unit. However, the absence of quality spinners could hurt them from registering a hat-trick of title triumphs.

STRENGTHS:
After lifting the trophy in 2019, Mumbai once again won in 2020 when the lucrative league was shifted to UAE due to the COVID-19 pandemic.
The win was built on the team's strength -- their core has remained the same over the years and this is one of the biggest reasons for the side's dominant run.
MI's batting is their biggest strength and they possess a solid opening duo in the form of skipper Rohit Sharma and South African Quinton De Kock, and if needed, have an option in Australian hard-hitting batsman Chris Lynn.
The ever-improving Suryamkar Yadav, young Ishan Kishan, both of whom starred on their India debuts, the Pandya brothers -- all-rounders Hardik and Krunal -- and West Indian Kieron Pollard, make for a very strong middle-order.
On the fast bowling front, the team possess one of the finest in Jasprit Bumrah, and the India pacer would be raring to go once again.
Last season's new addition, New Zealand's Trent Boult proved his worth by taking wickets in the powerplay, including in the big final. Add Australia's Nathan Coulter-Nile to it and it becomes a superb pace attack.

WEAKNESS:
Their problems could lie in the spin department, which is a bit light, especially on Chennai's Chepauk track, which is usually slow and aids the tweakers. Lack of a wicket-taking spinner could hurt the Mumbai Indians' prospects.
Left-arm spinner Krunal, who was taken to the cleansers by the visiting England side in the ODI series, is more of a restrictive option and there is Rahul Chahar, one of the finds of the IPL.
Off-spinner Jayant Yadav played only two matches in the last season and it remains to be seen how many games he will get this time around.
Mumbai have roped in experienced leg-spinner Piyush Chawla, but if the team persists with Krunal and Chahar, he could end up warming the benches.
Chawla, for the record, has 156 wickets in the IPL, the third highest for any bowler in the league's history.
Mumbai have a strong A side but don't have enough replacements for each slot and have relatively young players as their bench strength.

OPPORTUNITY:
Given that all of Mumbai middle-order batters are big-hitters, this could give the side an advantage over others, especially while chasing big totals at places like Chennai and Bengaluru.

THREAT:
All this might ensure that Pollard will have to contribute with the ball too, and play the role of the fifth or the sixth bowler, depending on the playing XI that is fielded.
Pollard, who has been with Mumbai Indians for a considerable amount of time, is their second highest run-scorer (3,023 runs) after Rohit Sharma (5,230 runs) and has grabbed 60 wickets.
Pollard has also smashed 198 sixes and is the second highest for his franchise after Rohit, who has hit 213 sixes.
The opponents could fancy their chances but MI definitely have the team to go for a sixth title and third on the row.
They start their campaign against Royal Challengers Bangalore in Chennai on April 9.
Squad: Rohit Sharma (Captain), Adam Milne, Aditya Tare, Anmolpreet Singh, Anukul Roy, Arjun Tendulkar, Chris Lynn, Dhawal Kulkarni, Hardik Pandya, Ishan Kishan (wicket-keeper), James Neesham, Jasprit Bumrah, Jayant Yadav, Kieron Pollard, Krunal Pandya, Marco Jansen, Mohsin Khan, Nathan Coulter-Nile, Piyush Chawla, Quinton De Kock (wicket-keeper), Rahul Chahar, Saurabh Tiwary, Suryakumar Yadav, Trent Boult, Yudhvir Singh. Mahela Jayawardene (Head Coach).