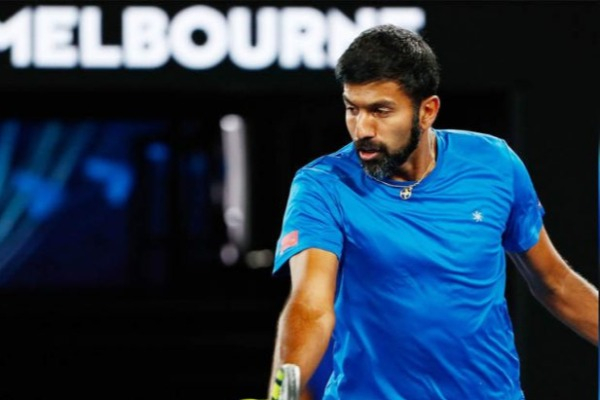 Veteran Rohan Bopanna crashed out of the mixed doubles event with a straight-set loss in the opening round to draw curtains on India's campaign at this year's Australian Open here on Saturday.

Bopanna and his Chinese partner Yingying Duan lost 4-6 4-6 to the pair of American Bethanie Mattek-Sands and United Kingdom's Jamie Murray in a first round match that lasted an hour and three minutes.
Bopanna and Japan's Ben McLachlan had earlier bowed out of the men's doubles event after a 4-6 6-7 (0) defeat to the Korean wild card pair of Ji Sung Nam and Min-Kyu Song in an opening round match.
Divij Sharan and Ankita Raina had already crashed out of the men's and women's doubles events after suffering straight-set defeats in the opening round on Thursday.
Ankita, the fifth Indian woman tennis player ever to secure a place in the main draw of a Grand Slam event, and her partner Mihaela Buzarnecu of Romania lost 3-6 0-6 at the hands of Australian wild cards Olivia Gadecki and Belinda Woolcock.
Divij and his Slovakian teammate Igor Zelenay lost 1-6 4-6 to the German combination of Yannick Hanfmann Kevin Krawietz in the first round.