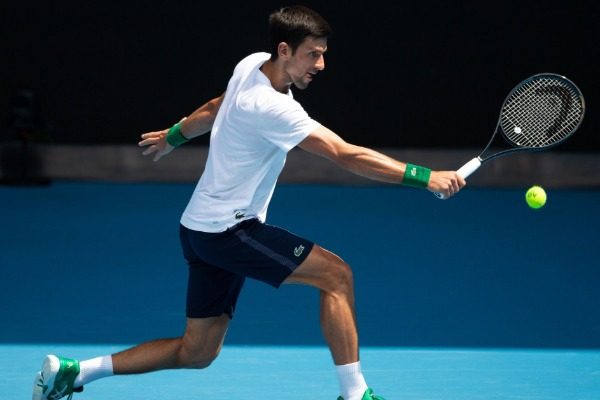 Novak Djokovic's Australian Open hopes are in the balance due to a torn stomach muscle.

On a night of high drama in Melbourne on Friday, world number one Djokovic was leading Taylor Fritz by two sets before suffering an injury to his right side which left him barely able to muster a forehand.
The reigning champion, eight-time winner and overwhelming favourite had looked on the verge of retiring injured with every post-rally grimace as American 27th seed Fritz reeled him in to level the third-round match.
But play was suspended for 10 minutes at 11.30pm while the crowd were told to leave due to a new Victoria government-imposed lockdown to combat an outbreak of the UK strain of coronavirus in the state.
Djokovic re-emerged to battle through the pain barrier and win 7-6 (1) 6-4 3-6 4-6 6-2.
Upon securing an unlikely victory Djokovic's scream of relief echoed around an eerily silent stadium, a stark contrast to the scenes just an hour earlier in the John Cain Arena.