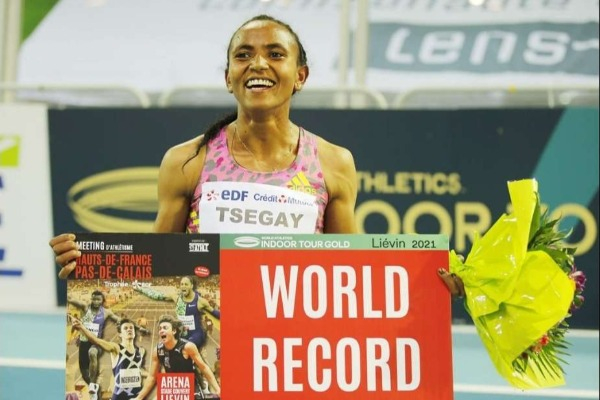 Gudaf Tsegay of Ethiopia set a new 1,500 meters indoor world record by finishing in 3 minutes 53.09 seconds at a meet in northern France.

A world bronze medalist, Tsegay followed the fast tempo set by the pacemaker and held on to prevail over double European indoor champion Laura Muir and her teammate Melissa Courtney-Bryant. Muir set a new British indoor record by running 3:59.58.
"I'm very happy to set a world indoor record," Tsegay said.
"I have been training really hard and I set myself a target to break the world indoor record."
Tsegay took more than two seconds off the previous record set by Genzebe Dibaba in 2014.