UEFA has plan for expanded Champions League with new format 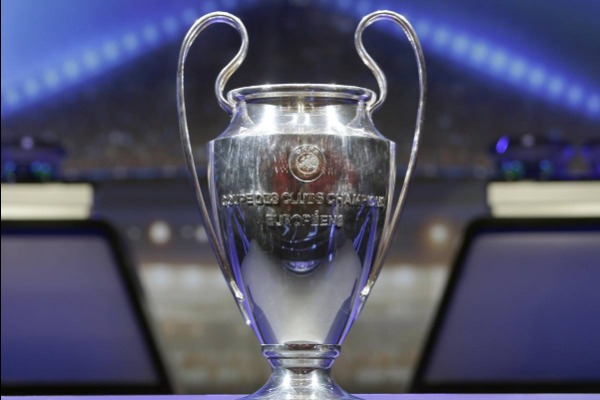 UEFA is preparing a significant expansion of the Champions League with a proposal for four additional group-stage rounds and backup slots for elite clubs who fail to qualify through domestic competitions.

Plans to transform the competition from 2024 will be discussed by European domestic leagues on Friday and the 55 national association leaders will be briefed by UEFA on Tuesday.
The overhaul is UEFA's strategy to rebuff plans to launch a largely closed breakaway competition which has been pushed by Barcelona and Real Madrid and maintain qualification through domestic leagues.
UEFA's proposal is to increase the number of group-stage participants from 32 to 36, with each team guaranteed 10 rather than six games, three people familiar with the plans told The Associated Press. The people spoke on condition of anonymity to discuss plans not publicly disclosed.
England, Spain, Italy and Germany currently have four guaranteed slots in the group stage. But leading teams who don't make the top four of their leagues could still qualify, with three of the additional group-stage slots lined up for such teams based on their historic record in Europe.
The fourth additional spot could go to France, which currently only has two guaranteed group-stage slots while a third team has to go through qualifying.
The current format of eight groups would also be transformed, with UEFA instead using a variation of the so-called Swiss system.
All 36 teams will be placed into a single league table, with opponents determined based on pre-season ranking positions.
The top eight would qualify automatically for the round of 16 with the next 16 teams potentially contesting a playoff to fill the other slots in the knockout phase. The plans were discussed by Premier League clubs at a virtual meeting on Thursday.
The European Leagues organization could resist the jump from six to 10 games in the group stage because of the struggle to fit in extra games in the congested calendar. But European Leagues chairman Lars-Christer Olsson in December showed a willingness to back the plan.
I think it could be possible to squeeze another four dates into the calendar, he said.
Breakaway league plans have often been leaked in the past 20 years when clubs have wanted Champions League changes in their favor.
The proposed changes could guarantee both UEFA and clubs increased TV revenues and prize money as it would produce 180 group-stage games to sell to broadcasters instead of 96.