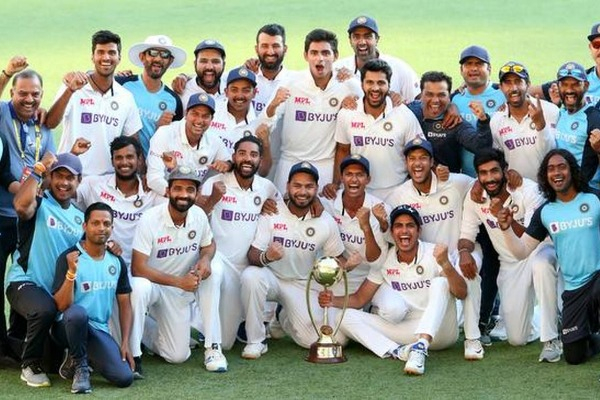 Spectators might be allowed in the second India-England Test in Chennai after the central government's fresh COVID-19 guidelines permitted crowd attendance at fifty per cent of capacity at sporting venues.

The BCCI and the Tamil Nadu Cricket Association had deliberated on entry of spectators earlier also before deciding that the first two matches would be held closed doors. But the fresh home ministry guidelines on easing of restrictions on public movement have changed the scenario.
"There is no time to allow entry of spectators for the first Test starting on February 5 as we only received the government notification on Saturday. You can't organise entry of spectators at such a short notice," a senior TNCA official told PTI on conditions of anonymity.
"But yes, now with fresh guidelines, there is every possibility that second Test starting from February 14 might have spectators as per notification," he added. The Chepauk has a capacity of 50,000.
Crowd entry is certain for the third and fourth Test between the two sides at the refurbished Sardar Patel Stadium in Motera, Ahmedabad.
A BCCI source said that Board's top leadership and TNCA bosses will have a series of meetings to chalk out the modalities starting Monday.
"It was always clear that spectators will be allowed at Motera. But now that we have received the guidelines, the planning for the second Test can be reworked," he said.
Entry of Media:
=========
The TNCA is also contemplating allowing the media to cover from the press box. However, no concrete decision has been taken yet even though it is only logical that media also gets access to the press box if crowds are going to get in.
The media conferences will still be held remotely and the players or training session for the time being will remain out of bounds.