There are times when balls faced matter a lot more than runs scored: Pujara 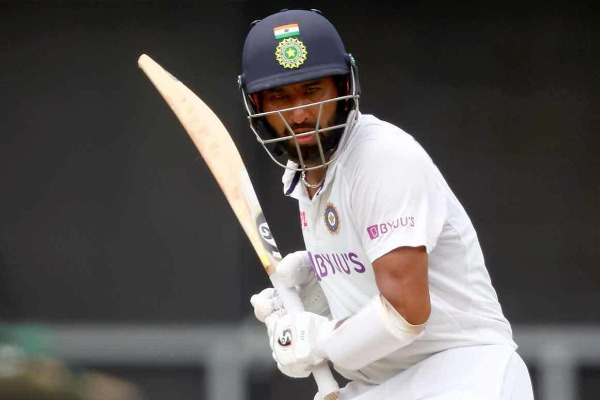 There are times when balls faced matter a lot more than runs scored and the recent tour of Australia was all about that for India's Test batting mainstay Cheteshwar Pujara, who finds the "strike-rate talk" overrated.

Pujara had collected a lot more runs (521 at 41.41 strike rate and three hundreds) in his player of the series performance to ensure a historic triumph in Australia two seasons ago but considering the "extraordinary circumstances" of the recent showdown that just went by, he rates his effort (271 at 29.20 and three half-centuries) equally special.
"Both tours have been fantastic for the team and personally I did well on both tours but the circumstances were completely different. This time I was starting up after a long time, almost eight months (due to COVID-19), there were no first class games also," Pujara told PTI before entering the bio-bubble for the upcoming home series against England.
The 31-year-old stood like a rock through the series, quite literally in the final Test in Brisbane, where he took multiple blows on the body to keep a relentless Australian attack at bay.
"It wasn't easy at all in terms of preparation and the Australian team had a thorough game plan for each of us. To get back into rhythm took a little bit of time but luckily all went positive in the end.
"Numbers wise, it may not look like a very, very good series for me but if you look at the pitches, not many runs were scored this time. It was more challenging than last time without a doubt."
The 81-Test veteran said the balls faced, 928 to 1258 two years ago, mattered more than runs scored, given the challenging pace attack, nature of pitches and barrage of injuries that the Indian team suffered through the four games.
"Very difficult to compare both the tours but this one is a tad more special considering we had a weaker team with so many youngsters. But I wouldn't say this is the only best series I have been a part of.
"Even the last series in Australia was tough and the home series too in 2017-18 was among the toughest I have been a part of."
As often is the case, Pujara's strike-rate was a constant subject of debate as he wore down the trio of Pat Cummins, Josh Hazlewood and Mitchell Starc to make things slightly easier for the batsman at the other end.
"There are times when strike rate hardly matters. Every batter has a role to play. The team management completely understands that. Whether it was Ravi bhai (coach) or Vicky bhai (batting coach) or Ajinkya, they just told me to keep batting the way I bat.
"The batting coach also mentioned that Aussies were not giving anything away. So, it wasn't that I wasn't batting well but they hardly bowled any loose balls.
"I had to take extra time to score those runs. I always saw the bigger picture because I knew that it would be tough for the bowlers to run through the side if I was around at the other end."
For someone who takes his time to accelerate, Pujara feels the strike-rate is bound to improve if one spends time in the middle.
"Even my batting changes according to the situation. I don't play only in one way. There are times when pitches are good to bat on, then I will keep rotating the strike.
"You can't just bat in one way. It is good to have stroke players like Rohit and Rishabh at the other end so I just need to bat the way I do," said the Rajkot-based cricketer, who became only the 11th Indian cricketer to cross the 6000-run mark in Tests during the Australia series.
He is currently 10th on the list with 6111 runs at an average of 47.74.
"It is a great feeling. Statistically it is a good achievement but I still feel there is still lot to play for and lots to achieve."
Pujara was hit on multiple occasions by the Australian pacers on day five at the Gabba with the blow on his finger off Hazlewood being the most painful.
"I am much better now. There are still bruise marks but nothing serious. I have almost recovered," said the soft-spoken cricketer.
Talking about playing in bio-bubbles as the Australia tour was his first one in a controlled environment, Pujara added: "It is not easy, especially the quarantine, it is the toughest one for all players where you can't even meet each other.
"It is also not easy for guys who are used to going out on tours. Someone like me, who lives a simple life, it is still okay but the way the players (who also played IPL) have explained, it is anything but easy.