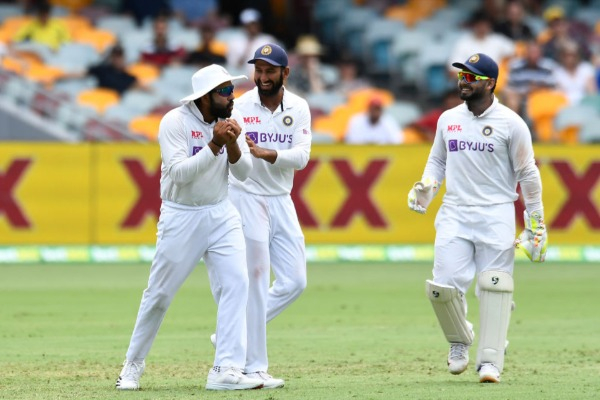 Steve Smith scored a fine half-century before India captured three more wickets to leave Australia at 243 for seven in their second innings at tea on day 4 of the fourth and final Test here on Monday.

Smith (55) and Cameron Green (37) added 73 runs for the fifth wicket after Australia had lost four quick wickets in the first session.
However, Mohammed Siraj dismissed Smith and Shardul Thakur got rid of Green and later skipper Tim Paine (27) to reduce Australia to 242 for seven.
Mitchell Starc (1) and Pat Cummins (2) were at the crease when rain forced an early tea here.
Australia were leading by 275 at the break.
Brief Scores:
Australia 1st innings: 369 all out
India 1st innings: 336 all out in 111.4 overs.
Australia 2nd innings: 243 for 7 in 66.1 overs (Steve Smith 55; Mohammed Siraj 3/42, Shardul Thakur 3/41).