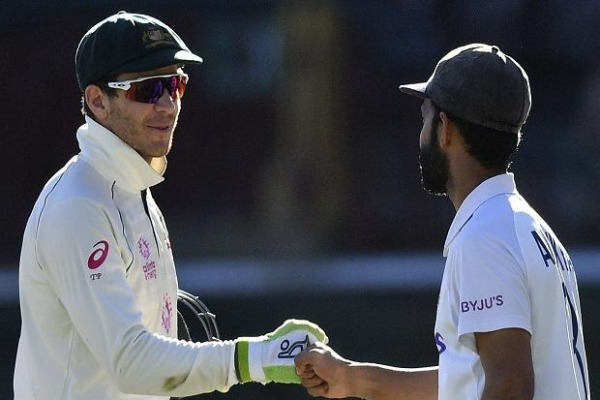 Australian skipper Tim Paine admitted that life inside a bio-bubble could be challenging for the Indian team in an alien land without family but his own players, including Steve Smith, have also endured similar difficulties since the Indian Premier League in the UAE.

The Indian and Australian teams are once again in a hard quarantine after new cases of UK mutant strain were found in the Queensland capital. The organisers have provided only basic facilities to the players.
However, Indian batting coach Vikram Rathour said that one doesn't need "housekeeping services" to keep the motivation going before an important Test match.
Paine's teammate Mitchell Starc's wife and Southern Stars international Alyssa Healy had mocked the Indian team for the alleged complaints about Brisbane quarantine.
"I haven't seen those comments and frankly speaking never read any comments from the Indian players. It's been challenging for everyone and more so for them, to be in a different country and more away from their families," Paine said.
"I know the difficulties they must be going through and I know Steve Smith and Pat Cummins are in the same shoes as them. It is difficult but haven't heard anything directly from Indian players," the home team captain said.
For Rathour, the problems in the hotel didn't for once affect their focus on the Test match ahead.
"We are playing Australia in Australia against one of the best attacks in the world. So I think motivation is there. You don't need housekeeping or room service to motivate yourself," the former Punjab captain said.
"Of course, these were concerns which were passed on to BCCI, I think the BCCI is in touch with CA to deal with all these things. As far as team is concerned, we are focussed on the game and we are looking forward towards this game.