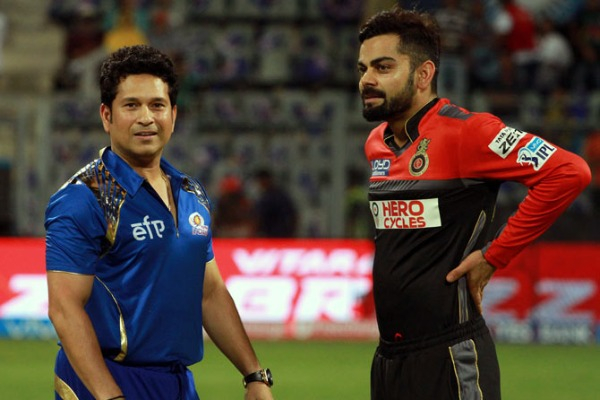 The Indian cricket fraternity, led by Sachin Tendulkar and Virat Kohli, on Tuesday hailed the national team for the resilience and character it showed to redeem itself after the Adelaide debacle and win the second Test in Melbourne.

India, led by Ajinkya Rahane, levelled the four-match Test series 1-1 after defeating Australia by 8 wickets in the second match at the MCG. Rahane led from the front with a match-winning 112 in India's first innings.
To win a Test match without Virat, Rohit, Ishant & Shami is a terrific achievement. Loved the resilience and character shown by the team to put behind the loss in the 1st Test and level the series. Brilliant win. Well done TEAM INDIA, tweeted Tendulkar.
Kohli, who returned home on paternity leave after leading the side in the first Test, praised Rahane and the team for the win.
What a win this is, absolutely amazing effort by the whole team. Couldn't be happier for the boys and specially Jinks who led the team to victory amazingly. Onwards and upwards from here, Kohli said in tweet.
India came into the Melbourne Test on the back of a humiliating defeat in Adelaide in the pink ball day/night match where they were all-out for 36, their lowest ever score.
Star batsman Rohit Sharma, who is currently rehabilitating in Australia after an injury, praised the team for showing composure in difficult times.
"Fantastic win for the Team India at the MCG. Character and composure shown throughout the game was excellent to watch @bcci," Rohit tweeted.
However, former India captain Bishan Singh Bedi had a word of caution for the Men in Blue' and advised them to stay calm.
36 all out was terribly freakish' but an 8wkt win is not ... I hope Indns can forget both ... one as a nightmare & the other as nothing to float on cloud nine ... still 2 more Tests to go..& plenty of work to do..stay calm Fellas as yur Capt @ajinkyarahane88 & think' how to outwit OZ!, tweeted Bedi.
India opener Shubman Gill, who made 45 and 35 not out in the two innings at the MCG in his debut Test, tweeted: "Overcoming all the odds. Strong showing by the team at MCG. Thank you to all the fans for your support."
Former India batsman V V S Laxman singled out debutants Gill and Mohammed Siraj for special praise.
Lot of positives from this win. Rahane led the side brilliantly, bowlers were relentless but the biggest positive is the performance of two debutants. Both of them were confident and not overawed by the big occasion. Strength of Indian cricket is their strong bench strength, he tweeted.
Ex India opener Gautam Gambhir termed the win as a "stunning performance".
Former India pacer Irfan Pathan said: "Come backs are always harder but team India did it with class."
Former India batman Sanjay Manjrekar called the win at the MCG "historic" as he compared the aftermath of India's earlier lowest Test score of 42 in 1974 and the 36 in Adelaide.
After the 42, India went onto lose the next Text by an innings and 78 runs. After 36 India go onto win the next Test. Wow! It's a historic win because it came after a historic loss."
Another former India batsman Suresh Raina congratulated the Indian team for the "fantastic" comeback win.
"@ajinkyarahane88's great captaincy lead to an incredible win. @RealShubmanGill well done, Way to go!" he tweeted.