Warner still having some trouble with groin: Langer 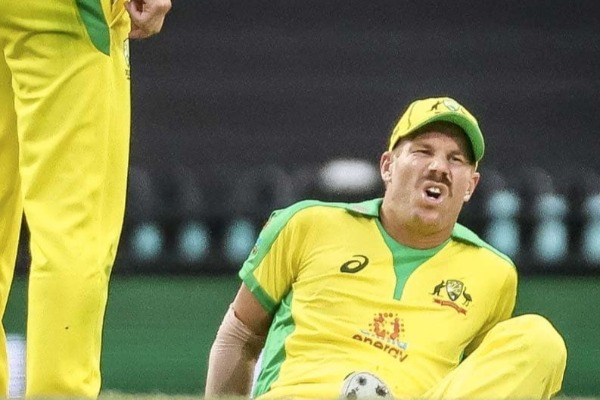 The 34-year-old had missed the last ODI, three T20Is and the first two Tests against India due to the injury that he sustained during the second one-dayer.
Warner, whose absence was felt by Australia as they folded for 195 on the opening day of the ongoing Boxing day Test, will hit the MCG nets on Sunday.
"There's no one more professional and he's doing everything possible," Langer told Ricky Ponting during an interview on Seven.
"We saw him bat the day before the game, he's batting again this afternoon at the MCG, so in terms of his batting he's flying, it's just trying to ... he's still having some trouble with his groin and we know how dynamic he is."
Langer said he is still hopeful that Warner would come good and make it to the third Test.
"His running between the wickets, his movements all the time, so he's getting closer and we're hopeful he will come good, he's certainly hopeful he'll come good, but time will tell. We've still got a few more days to the next Test match."
Warner's absence is hurting Australia as they are struggling to get partnerships, something which has disappointed the coach.
"We're not going to set up games as well as we could -- if you look at our partnerships in the first Test match in the first innings and then yesterday, we have to get a lot better at that," Langer said.
"We had one 50-partnership in the first Test and we had an 86-run partnership yesterday, and you've also, when you have an 86-run partnership, you've got to turn that into 150, because you're set and to set up the game.
"So we weren't able to do that and to me, partnerships as much as anything.