We are in far better place than what we were in 2018: Lyon 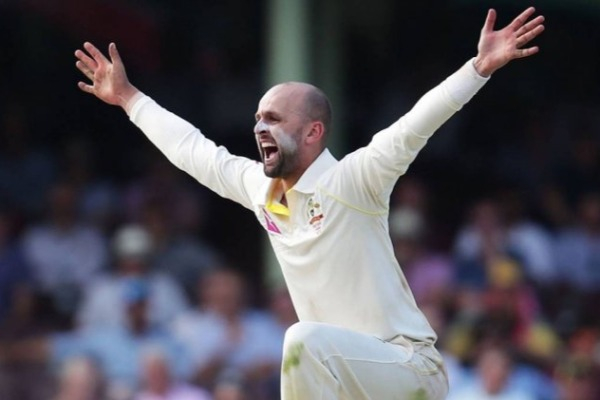 Injury-ravaged it might be but senior off-spinner Nathan Lyon feels that the current Australian team is the "tightest group" that he has been a part of and is certainly in a much better space than what it was two years back, when India triumphed 1-2 in Tests.

The veteran of 96 Test matches is expected to play a key role for Australia in the upcoming four Tests against India, starting with the Day-Night game in Adelaide from December 17.
"We obviously know what happened in the last series against India and how well they played. We have spoken about that and come up with few different plans," Lyon said during a virtual media conference.
While Lyon didn't reveal his gamelan but did mention that the whole team is in a better head space even though it will be missing key players like David Warner due to injury.
"I can't reveal my plans for Indians to read about but there is a great vibe in this Australian team and we are in far better place than we were two years ago. It's exciting and the tightest Aussie team that I have been a part of," Lyon said.
"We have done a bit of homework and ready to go. It's disappointing when you lose guys to injuries and we all know what quality of player Warner is," he added.
He is happy that one of his close friends, Mitchell Starc, is back in the mix for the first Test and revealed how he intends to trouble the Indian right-handers.
"Obviously, I will try to get edges on both sides, catches around the bat. I love footmarks created by Starc. He (Starc) is pretty pumped up and not only a quality player but also a quality bloke," said Lyon.
He is also not unduly worried about Starc not having a lot of preparation due to the break he got on compassionate ground due to an illness in the family.
"Mitch has played a lot of cricket. He played three Shield games. I am not worried about lack of preparation and in fact he bowled with the pink ball at the Sydney nets. We all know how good he is with the pink ball," he said.
For someone with seven five-wicket hauls against India, Lyon loves the challenge of attacking the defence of Indian batsmen for long periods of time.
"We have best bowling attack in the world, so we should make sure that we do our stuff, challenging the Indian (batters') defence for long periods of time," he said.
"For me, it's not about my success but about playing my role and helping in picking 20 wickets."
Lyon is only 10 wickets short of 400 Test scalps. He said he is quite chuffed about being just the second Australian spinner after Shane Warne to get there.
"From where I had started to where I am at present, it is pretty exciting. Hopefully, I can create chances and get close to 400 wicket mark," he said.
"In the last five years, my bowling has gone to an altogether new level. I love the challenge of playing an attacking side like India.