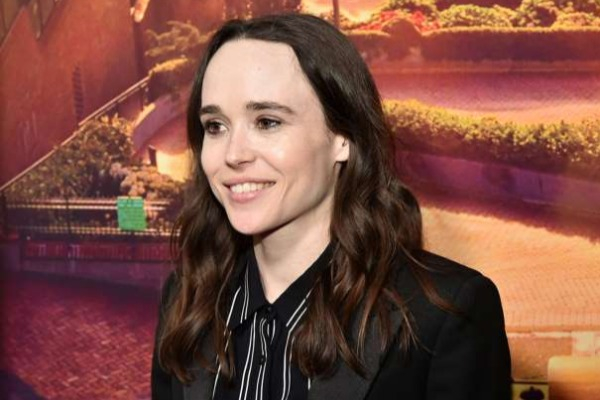 Ellen Page, the Oscar-nominated star of films such as "Juno" and "Inception", has come out as a transgender. In a statement, posted on Twitter, the 33-year-old actor said that he has changed their name to Elliot Page and expressed "overwhelming gratitude" for those who have supported him.

"I can't begin to express how remarkable it feels to finally love who I am enough to pursue my authentic self. I've been endlessly inspired by so many in the trans community.
"Thank you for your courage, your generosity and ceaselessly working to make this world a more inclusive and compassionate place. I will offer whatever support I can and continue to strive for a more loving and equal society," Page wrote.
Page, who previously came out as gay in 2014, is one of the most vocal artistes from Hollywood's LGBTQ community. He is married dancer Emma Portner, since 2018.
The actor said despite being "profoundly happy", he has a fear of invasiveness over their news as well as concern over discrimination and violence.
He criticised the politicians who "criminalize trans health care and deny our right to exist" as well as influential public figures who use "a massive platform who continue to spew hostility towards the trans community".
"You unleash a fury of vile and demeaning rage that lands on the shoulders of the trans community, a community in which 40 per cent of trans adults report attempting suicide. Enough is enough.
"You aren't being 'canceled,' you are hurting people. I am one of those people and we won't be silent in the face of your attacks," Page added.
The actor, who hails from Nova Scotia, Canada, said he will continue to fight for LGBTQ rights and do everything to change the world for better.
"I love that I am trans. And I love that I am queer. And the more I hold myself close and fully embrace who I am, the more I dream, the more my heart grows and the more I thrive.
"To all trans people who deal with harassment, self-loathing, abuse and the threat of violence every day: I see you, I love you and I will do everything I can to change this world for the better," Page added.
Page's wife, dancer Emma Portner, shared support on her own Instagram account.
"I am so proud of @elliotpage. Trans, queer and non-binary people are a gift to this world. I also ask for patience and privacy but that you join me in the fervent support of trans life every single day. Elliot's existence is a gift in and of itself. Shine on sweet E. Love you so much," she said.
Page currently stars in Netflix's "The Umbrella Academy" that also hailed the actor's decision to come out as a transgender on social media.
"So proud of our superhero! WE LOVE YOU ELLIOT!!!" wrote the official Twitter handle of "The Umbrella Academy".
Sources told The Hollywood Reporter that the actor will continue to essay the role of Vanya Hargreeves in the series and the streamer is currently in the process to update Page's name on all titles on the service in which he is involved.