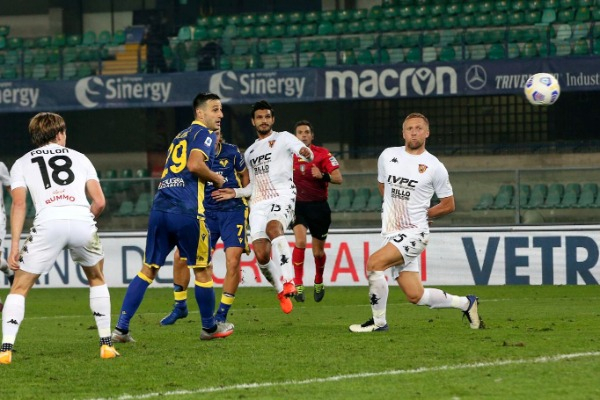 Anton n Bar k showed no ill effects from the coronavirus as he scored twice to help Hellas Verona beat Benevento 3-1 in Serie A.

Verona moved to seventh, level on points with a number of other teams and five points behind early leader AC Milan.
Benevento, which was promoted from Serie B, was 14th.
It was a matchup of two coaches who exceeded expectations last season. Filippo Inzaghi's Benevento topped Serie B by a large margin and won two of its opening five matches in Serie A.
Ivan Juric reportedly turned down other offers and stayed at Hellas Verona after guiding his team to a top-half finish last season, and again has his squad organized as evidenced by a 1-1 draw with Juventus last weekend.
Bar k was making his first start in the league since recovering from the virus and he fired Verona in front in the 17th minute.
Benevento had a number of chances to level and Gianluca Lapadula finally did so early in the second half.
But Bar k restored his side's lead seven minutes later and Darko Lazovic headed in Federico Dimarco's cross in the 77th to seal the result.