Shami was very clear on bowling six yorkers in Super Over: Rahul 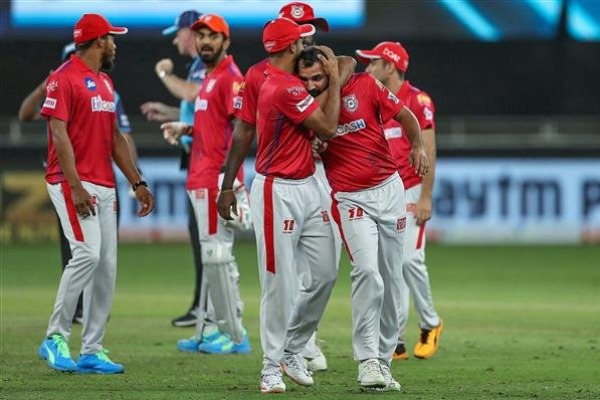 Kings XI Punjab captain KL Rahul lauded his pace spearhead Mohammed Shami for his ability and clarity of thought to bowl six yorkers in the Super Over while defending just five runs in their dramatic IPL match against Mumbai Indians here.

The match on Sunday night ended in a tie in the regulation 20 overs and KXIP could only score five runs in the first Super Over but Shami bowled brilliantly to restrict MI to the same score.
KXIP eventually won the match in the second Super Over.
"You can never prepare for Super Overs. No team does. So you have to trust your bowler's gut. You trust your bowler, and let them believe their instinct and gut," Rahul said at the post-match presentation.
"He (Shami) was very clear he wanted to go with six yorkers. He has been phenomenal, and keeps getting better every game. It is important that senior players win the games for the team."
Rahul, who was named man of the match for his 77, expressed happiness at the victory but said his side would not want to make a habit of winning like this. Even in the last game against RCB, KXIP could have finished the job earlier than they eventually did.
"It is not the first time. But we don't want to make a habit out of it. We will take the two points in the end. It doesn't always happen the way you plan so you don't really know how to stay balanced.
"I was just hoping we get over the line because the boys have been working really really hard. In the games that we have lost, even then we have played well and just not been able to get over the line."
He said the wicket was slightly slower, increasing the significance of scoring quick runs in the Powerplay.
"I knew Chris (Gayle) and (Nicholas) Pooran... I trust them to take down spinners. So Chris coming in has made my job easier as a batter."
On his side winning two back-to-back close matches, he said, "We still want to take it one game at a time. It is sweet after the kind of matches we have lost but the talk in the dressing room is to focus on the process.
"We know we need to win everything from here, but we can't forget the processes that lead to a win."
Mumbai Indians batsman Kieron Pollard said the match showed that every run counted.
"In T20 cricket, 1 run and 2 runs are very very crucial. I am sure it was great for viewership. KXIP got the better of us and deserved the two points. KL again batted beautifully, going down to a Super Over, congratulations to them," he said.
"Around the 11-12 over, we knew we were a couple of overs behind. Getting 170-odd, that was a good total - above-par on a track that was on the slower side. With the dimensions, we thought we can defend that."
Despite the loss, Pollard said his side played good cricket.
"It's a matter of trying to improve each and every time. There are a couple of areas we need to improve on. We have a four-day break, enough time to reflect. The guys are confident in the dressing room.
"I was told that he (Rohit) is not feeling well (after the loss). We'll see what happens. He's a fighter," said the West Indian who remained not out on 34 off just 12 balls.