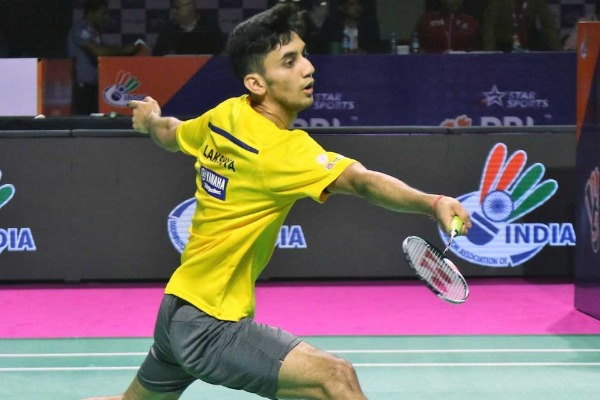 Fast-rising Indian shuttler Lakshya Sen made a successful return to competitive badminton, beating Christo Popov in straight games in the opening round of the USD 750,000 Denmark Open, which marked the resumption of the international calender after a coronavirus-forced break of seven months.

The 19-year-old Indian, who claimed five titles including two Super 100 tournaments last year, produced a clinical performance to outwit Popov 21-9 21-15 to reach the second round.
He will take on the winner of the match between Denmark's Hans-Kristian Solberg Vittinghus and Belgium's Maxime Moreels.
"I moved quite well, that was the key. In the second game he had a lead but I had made a few mistakes. I was able to cut down on them and find my rhythm," Lakshya, who is currently ranked world no.27, was quoted as saying by Badminton World Federation (BWF).
"I'm very happy to be playing again after seven months and it felt very normal on the court."
Lakshya looked in good touch as he moved well on the court and found his touch from the word go.
The Indian jumped to a 11-8 lead at the break in the opening game and didn't allow his opponent to make a comeback, reeling off three points to move to 14-8.
He then pocketed the remaining seven points on the trot as Popov could only watch helplessly.
The second game was a more competitive affair as both the players fought tooth and nail, moving neck-and-neck till 12-12.
After that, Lakshya once again broke off and moved to 15-12 and 16-14 before closing the match comfortably.
Denmark Open Super 750 event is the only event happening this year as the BWF was forced to cancel multiple tournaments and postpone the Asia leg and the World Tour Final to next year.