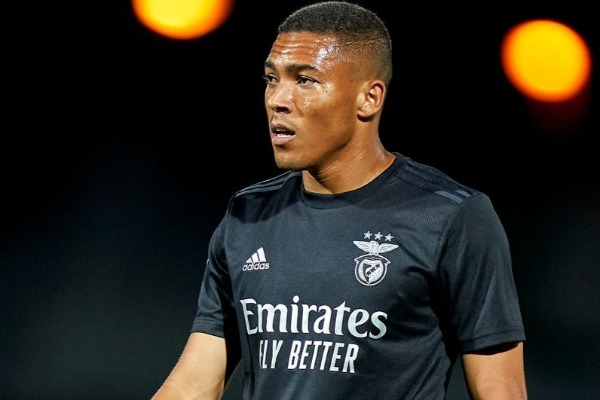 Tottenham ended its search for a new striker when Carlos Vinicius joined the English Premier League club on loan from Benfica.

The 25-year-old Brazilian, who was joint top goalscorer in Portugal's Primeira Liga last season with 18 in 32 matches, will stay with the north London club for the full campaign.
Spurs will pay a loan fee of three million euros ( 3.5 million) with the option of buying Vinicius for 45 million euros ( 53 million) permanently at the end of the season.
Vinicius' move means Tottenham finally has another forward to ease the workload on Harry Kane. Vinicius will replace Fernando Llorente, who left the club last year.
Jose Mourinho's side missed out on qualifying for the Champions League but secured a place in the Europa League group stage on Thursday.
Another striker on the move was Rhian Brewster joining Sheffield United from Liverpool.
Brewster, who spent the second half of last season on loan at Swansea, agreed to a five-year deal after the Blades paid a club record fee exceeding 23 million pounds ( 30 million).
As part of the deal, Liverpool negotiated a 15% sell-on clause and a buy-back option that will be active for the next three seasons.
Brewster's last appearance for Liverpool was in the Community Shield against Arsenal at the end of August, with his missed penalty in the shootout giving the London club the victory.
While highly rated at Anfield, his pathway to the first team has been hindered.
Liverpool's front three of Mohamed Salah, Roberto Firmino and Sadio Mane play virtually every week and Divock Origi and new signing Diogo Jota remain ahead of him in the pecking order.
Meanwhile, Leicester signed France Under-21 defender Wesley Fofana from Saint-Etienne.
The 19-year-old Fofana has played only one full season at senior level and joins versatile full back Timothy Castagne, who moved from Atalanta, in strengthening Leicester's defense.
I've watched Leicester City closely since they won the title (in 2016) and they're a top club in the Premier League, Fofana said.
I know I will learn a lot from the players and the manager here, which is one of the main reasons I came.