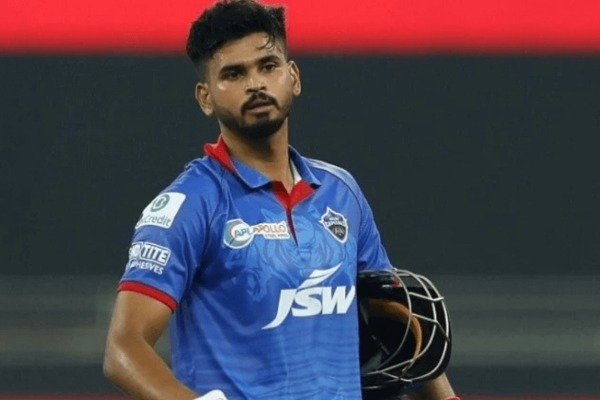 Delhi Capitals skipper Shreyas Iyer has been slapped with a fine of Rs 12 lakh after his team maintained a slow over-rate against Sunrisers Hyderabad in their Indian Premier League (IPL) match here.

Given that this was his first offence of the season, Iyer was fined Rs 12 lakh under the IPL's Code of Conduct relating to minimum over-rate offence.
"Delhi Capitals Captain Shreyas Iyer has been fined after his team maintained a slow over-rate during their Dream11 Indian Premier League (IPL) 2020 match against Sunrisers Hyderabad in Abu Dhabi on 29 September 2020," an IPL release stated.
"As it was his team's first offence of the season under the IPL's Code of Conduct relating to minimum over-rate offences, Mr. Iyer was fined Rs 12 lakh," it added.
Last week, Royal Challengers Bangalore captain Virat Kohli was found guilty of his team maintaining a slow-over rate against Kings XI Punjab and was also fined Rs 12 lakh.
Iyer suffered his first defeat of the season as Delhi lost to Sunrisers by 15 runs at the Shaikh Zayed Stadium on Tuesday night.
Opener Jonny Bairstow's sublime fifty was complemented by a stellar bowling effort from spinner Rashid Khan as Sunrisers outplayed Delhi to open their account in the 13th edition of the league.
Chasing 163 to maintain a clean slate, Delhi were slow off the blocks and struggled to force the pace for a major part of their innings.