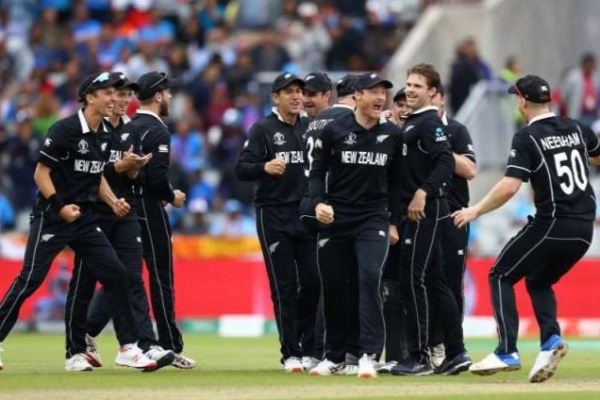 New Zealand Cricket CEO David White on Tuesday said Pakistan, Australia, Bangladesh and the West Indies have confirmed they will tour the country during the summer.

White said New Zealand Cricket (NZC) is working to implement bio-secure bubble, similar to the one the England and Wales Cricket Board (ECB) is using in their ongoing season, to resume international cricket in the country post the coronavirus-forced hiatus.
"We are making tremendous progress. I was just on the phone to the West Indies, they're confirmed, Pakistan is confirmed, Australia and Bangladesh... so 37 days of international cricket," White was quoted as saying by 'ESPNcricinfo'.
White added that women's team will tour Trans-Tasman rivals Australia in September with the reverse fixture slated for February.
"The White Ferns will tour Australia in September and then the Australia Women's team will tour New Zealand in February. We are just working through the content but probably five ODIs and three T20Is," White said.
New Zealand currently requires 14 days of isolation on all international arrivals
"We'll just be held up for a week or two while we work with the government agencies on the managed isolation but they've been extremely supportive," White said.
According to the current Future Tours programme (FTP), New Zealand are slated to host West Indies and Pakistan for a Test and T20 series each. The red-ball series being a part of the World Test Championship.
Bangladesh are scheduled for ODIs and T20Is followed by Australia for T20 series.
Cricketing activities in New Zealand came to a halt in late March owing to the pandemic.
The country's top cricketers, including captain Kane Williamson, pacer Trent Boult and Ross Taylor, returned to squad training last month.
Last week, the ICC postponed the Women's ODI World Cup, scheduled to start in February 2021 in New Zealand, after it was decided that there wasn't enough time for teams to qualify and prepare for the tournament.
New Zealand is one of the least affected places in the world. The country has so far recorded 1,570 confirmed cases with a majority of them having recovered.
On Monday New Zealand announced that it completed 100 days without recording a locally transmitted COVID-19 case.