WNBA players adjusting to life in their Florida bubble 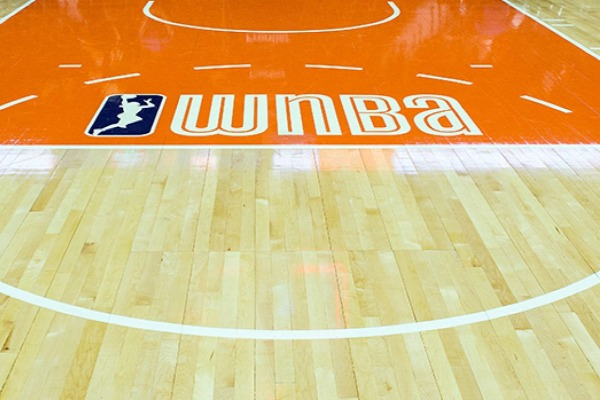 Sue Bird has seen a lot in her storied playing career in the WNBA, overseas and the Olympics. While nothing the 39-year-old Seattle Storm guard experienced has prepared her for life in the WNBA bubble, she is making the best of the situation.

The WNBA put all 12 of its teams at a single site the IMG Academy in Bradenton, Florida in hopes of playing the full 22-game season amid the coronavirus pandemic.
"The bubble is part summer camp, mixed in with the Olympic village, playing overseas and an AAU tournament with a little bit of college life thrown in," Bird said in a phone interview.
Two weeks into the experiment, players and coaches have been adjusting to their temporary homes.
"It's like overseas, but a little bit easier as far as access to things as you can order in and it's less isolating since you have so many of your friends around," Bird's teammate Breanna Stewart said.
"In the end, getting here and seeing how everything has come to fruition, I know it's going to work, as long as everyone's smart and continues to be safe. We're trusting everyone that's here is going to be safe."
Stewart is living in a villa with some of her Storm teammates while Bird is staying at the hotel on site. Players were given the option of where they wanted to live.
The street where the villas are located a few minutes from the hotel has the feel of a sorority row.
Each team was given two golf carts and they are usually parked in front of the villas where the players or operations staff are staying. Atlanta glossed up its carts with the team's new logo on the front.
"You say hello to people and could bump into someone a few times a day from another squad," New York guard Sabrina Ionescu said.
"It feels like the Nike Nationals AAU Tournament. You could be eating next to a team or hanging out at the pool with players that you're going to be playing against later that day."
While a few players voiced their concerns the first few days about the quality of food and accommodations, the league quickly addressed those issues.
With their quarantines concluded, players and staff now have a robust array of food options offered daily at the hotel. Or players can get groceries delivered and cook for themselves in the villas. The hotel is also where the league does its daily virus testing.
"Food has been great. Service has been great. People have had issues with their housing. but there is no protocol for this, and the league took care of it," Phoenix Mercury veteran Diana Taurasi said.
"This is the first time anyone has done this. The WNBA has gone far and beyond what I thought would happen."
Even with the WNBA in the bubble, the virus is still on everyone's mind. Players wear masks unless they are eating. When they line up for food and testing, marks on the ground remind them to stand at least 6 feet apart.
People can hang out in the hotel lounge, which has tabled spread apart to maintain social distancing. The pool has become a popular spot during the day and at night.
Even with the leisure activities, many players spend their free time relaxing in their rooms.
"There is a lot of sitting in your room, FaceTime with your family," Taurasi said.
"It's not ideal, but everyone's trying their best to make sure they we are comfortable mentally and physically.