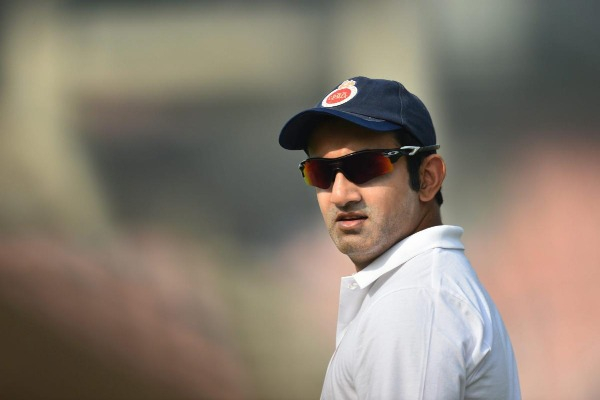 Former India opener Gautam Gambhir has chosen legendary Sachin Tendulkar over current skipper Virat Kohli as a better batsman in the ODI format, considering the changed rules of the game and the Mumbaikar's longevity of career.

Kohli, on the other hand, has played 248 ODIs and scored 11, 867 runs with 43 tons at an average of 59.33.
"Sachin Tendulkar, because probably with one white ball and four fielders inside the circle, not five fielders outside, it will be Sachin Tendulkar for me," Gambhir said on Star Sports show 'Cricket Connected'.
Nowadays, a one-day innings is played with two white balls and with three powerplays.
In the first power play (overs 1-10), two fielders are allowed beyond the 30-yard circle, while in the second powerplay (overs 10-40) four fielders are allowed. In the last powerplay (overs 40-50), five fielders are allowed outside the 30-yard circle.
Gambhir, who was the star performer in 2011 ODI World Cup final which India won, feels that the change in rules has helped batsmen.
"It's difficult because Virat Kohli has done phenomenally well but I think the rules have changed as well, which has helped a lot of new batters," elaborated Gambhir, who played 58 Tests and 147 ODIs.
"The new generation, with 2 new balls, no reverse swing, nothing for the finger spin, five fielders inside for the 50 overs, probably that makes batting much easier.
He said he would also go with Tendulkar, considering his longevity and flow of the ODI cricket format at that time.
"Probably I'll go with Sachin Tendulkar if we see the longevity and flow of the one-day cricket format.
"Look at how Sachin Tendulkar has played, different rules, that time 230 to 240, was a winning total," Gambhir signed off.