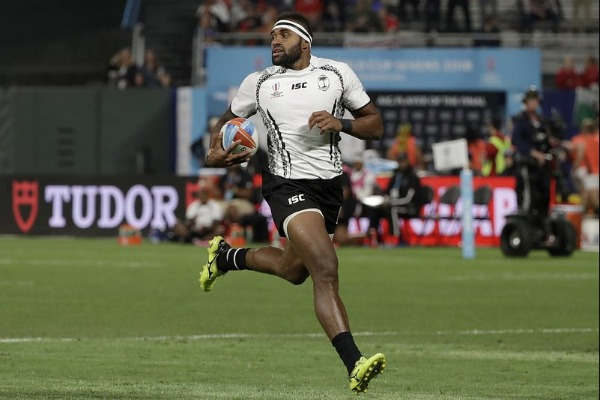 The Fiji Rugby Union has criticized two of its top professional players who have been arrested for failing to self-isolate after returning to Fiji from overseas.

Fiji media named one of the players as backrower Semi Kunatani who plays for the London-based Harlequins club. He was a member of the Fiji sevens team that won a gold medal at the 2016 Rio de Janeiro Olympic Games. The other player has not yet been named.
Both players returned to Fiji via Singapore. They were arrested for failing to observe a 14-day quarantine designed the prevent the spread of Covid-19. Fiji has reported 12 cases.
We strongly condemn the behavior of these two players and their disregard for lawful instructions to self-isolate themselves, said John O'Connor, chief executive or Fiji rugby.
Such irresponsible behavior is totally unacceptable and we support the actions of the police in arresting these two players and any further action taken against them.
Fiji Rugby will take appropriate disciplinary actions against the professional rugby players, including reporting this highly irresponsible behavior to their clubs and World Rugby.
Fiji Prime Minister Frank Bainimarama highlighted the case of the players during his regular news briefing on Sunday.