I am sure more Indian sportswomen will win medals: Sindhu 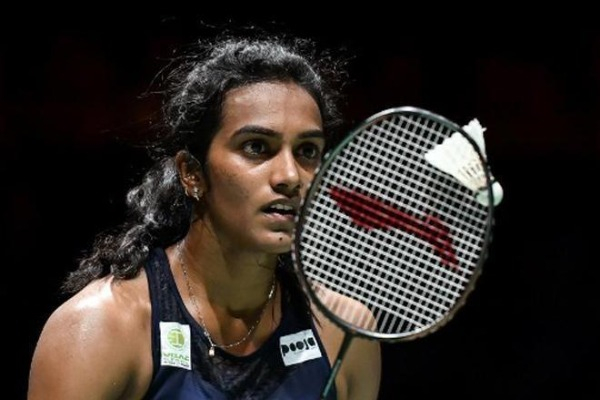 "My message to all young sportswomen is that as women we have to believe in ourselves. I'm sure soon there will be more Indian sportswomen winning medals for the country," the 24-year-old said after winning the award on the International Women's Day.
"Hard work is the key to success."
The Olympic silver medallist added: "I would like to dedicate this award to my supporters and fans that have supported me all along. Awards like BBC Indian Sportswoman of the year give us motivation and encouragement to go much further."
Sindhu has five world championship medals to her name. She is also the first Indian singles badminton player to win an Olympic silver medal.
Sindhu entered into the top 20 of the BWF World rankings in September 2012 at the age of just 17. She has remained in the top 10 throughout the last four years.
BBC Director General, Tony Hall hosted the awards ceremony.
He said: "Huge congratulations to P V Sindhu for winning the BBC Indian Sportswoman of the Year 2019. This award has been voted for by fans across the globe, and gives us an opportunity to celebrate female athletes from across India.
"It also reflects the BBC's commitment to its ever-growing Indian audience. I wish Sindhu the best of luck and will be watching more brilliant achievements of hers over the next year."
The Lifetime Achievement Award went to the veteran athlete, P T Usha, for her contribution to Indian sport and for inspiring generations of players.
"We did not have any facilities when I started my career. I used to train alongside railway tracks and on beaches as there were no training spaces then," said Usha after receiving the award.
She added, "Things have changed a lot since then and I am very happy that BBC has taken this initiative, it will motivate the new generation to come into sports."
Overcoming great odds, Usha went on to win over 100 international medals and awards throughout her career.
She narrowly missed out on an Olympic medal at the 1984 Los Angeles Games, finishing fourth in the women's 400m hurdles and losing the bronze medal by one-hundredth of a second.
Union sports minister Kiran Rijiju was the guest of honour at the event.
"Achievement must be celebrated and awards are a way to recognise this. India has not been able to build a sporting culture. We are going to change that.
"We want to make India a sports powerhouse. We must build sports as a career and make sure our athletes are well taken care of.
"That is why we have introduced schemes like lifetime pensions for sportspersons who have won medals for India," Rijiju said.