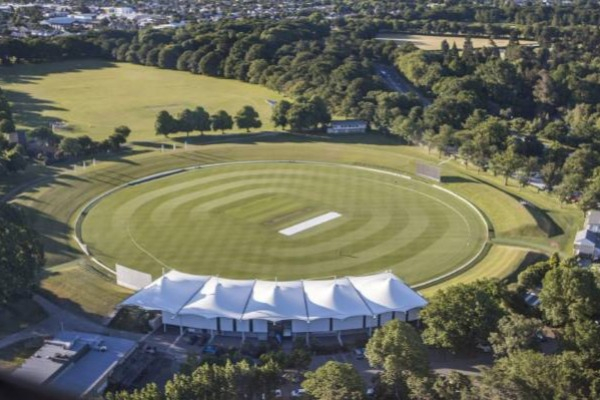 Christchurch's Hagley Oval will host the summit clash of next year's Women's Cricket ODI World Cup, it was announced on Thursday.

The 50-over tournament which will run from February 6 to March 7 will be played across six cities.
Auckland will host a bumper opening weekend at Eden Park, before the focus shifts to matches in Wellington, Hamilton, Tauranga, Dunedin and Christchurch.
The tournament, featuring 31 matches between February 6 and March 7, will be capped by a final in Christchurch under lights at the Hagley Oval, one of New Zealand's main Test venues.
ICC Women's Cricket World Cup CEO Andrea Nelson said she was delighted to announce the six host cities for what promises to be a truly national event.
"Our goal was to ensure all 31 matches will be played at the best venues, encompassing a geographic spread that ensured as many Kiwi sports fans as possible get to engage with the tournament," Nelson said.
India ODI skipper Mithali Raj, who was present during the announcement here along side New Zealand captain Sophie Devine and teammates Suzie Bates and Amelia Kerr, said it is vital that women's cricket continues garnering interest around the world.
"Playing for your country is always a special feeling and we're all very excited to play in the beautiful country of New Zealand," Mithali said
"Women's cricket is slowly getting access to centre stage so it's important that we continue to grow this interest around the world," she added.
ICC Women's World Cup 2021 Chair, Liz Dawson, said: "This incredible event will underline the progress that has been made in the global game and the tremendous opportunities that now exist for women and girls in cricket."
Manu Sawhney, ICC Chief Executive, said the event would highlight the massive increase in global engagement with women's cricket.
"ICC is committed to growing the women's game and this event is another step forward on that journey and part of our continued investment in the game to provide a global platform for the world's best players."
"Women's cricket has huge potential for growth and the ICC Women's Cricket World Cup 2021 gives us a fantastic opportunity to realise that," Sawhney added.